Nasser Al Attiyah strengthened his grip on the Abu Dhabi Desert Challenge POWERED by Nissan today with another measured drive in the Rub Al Khali while world champion Marc Coma made a big move in his search for an eighth bikes triumph in the event. 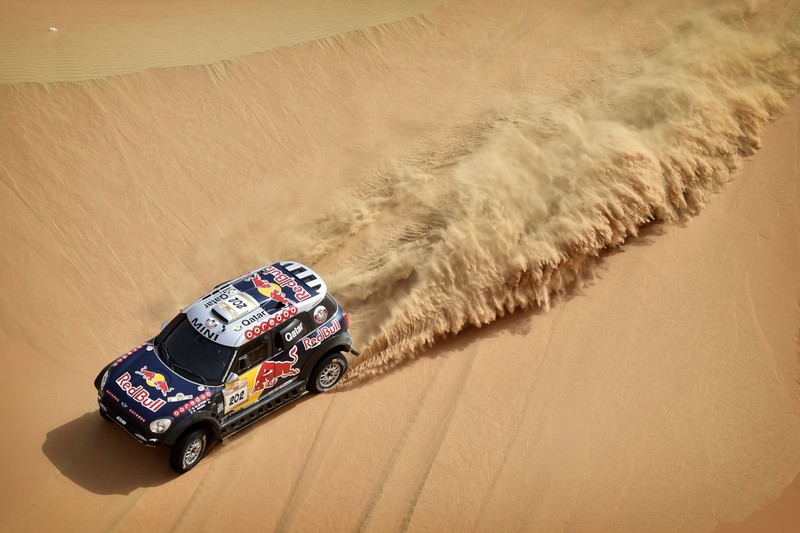 Partnered by French co-driver Mathieu Baumel in his Mini All4 Racing Al Attiyah, the 2008 Desert Challenge winner, took the 272 km Qasr Al Sarab Special Stage 3 by more than 11 minutes from Russia’s Vladimir Vasilyev to open up an overall lead of 15min 54secs from the defending cars champion in another Mini.

With Dutchman Erik Van Loon another 14min 46secs adrift, the UAE’s Sheikh Khalid Al Qassimi finished the day within reach of a podium place after another impressive drive on his Desert Challenge debut alongside Portugal’s Jose Marques in Toyota Hilux. 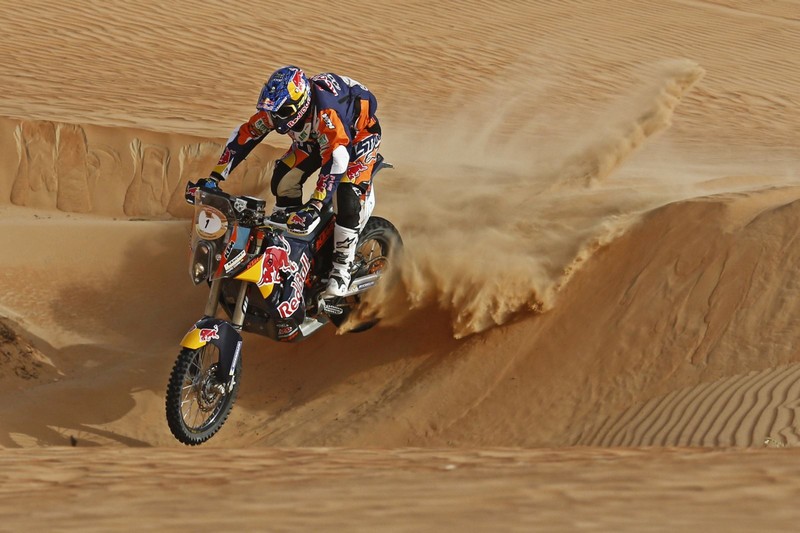 Britain’s Harry Hunt in a Mini and Poland’s Marek Dabrowski in a Toyota Hilux completed the top six at the end of the demanding leg which was particularly unkind to another Emirati driver, Yahya Al Helei.

The first stage winner, who was still fourth at the start of the day, was halted by a broken clutch as he took his Nissan Pick up through the mighty dunes close to the legendary Moreeb Hill, eventually slipping to ninth place overall, more than two hours off the lead.

“It was a difficult day, but this is what the Desert Challenge is all about,” said Mohammed Ben Sulayem. President of the Automobile and Touring Club of the UAE, the rally organisers. “This is a big test for the toughest vehicles and the most experienced competitors, and it doesn’t get any harder in rallying.”

Victory in the bikes by 29 secs went to defending champion Paulo Goncalves, but second place on the day was enough to give Coma a 5min 4secs overall advantage from the Portuguese rider, with overnight leader Sam Sunderland slipping to third.

Reaching the end of the stage, Al Attiyah made it clear that it had been no easy task to extend his overnight lead of 4mins 13secs, saying: “It was a hard day with big dunes and soft sand, but luckily we didn’t get stuck. It was also very hot but all is okay, we did a good job.”

Van Loon completed the stage to say: “We started with a very fast pace today with the dunes at the beginning. We have a really good car this year and a podium finish is an exciting prospect.”

Coma, who saw victory in last year’s Desert Challenge snatched from him by Goncalves on the final leg, produced a great tactical ride on the day to put himself in a powerful position.

He completed the Qasr Al Arab stage to say: “A good day despite the difficult terrain. The first part was like piste but the open desert was good and I was able to achieve a fast pace.”

Sunderland said: “It was a pretty relaxed day, but not perfect as I lost time to Marc. All in all it was good and the bike was great. I had fun and live to fight another day.”

On completing the stage Al Balooshi said: “A good day and I was proud to open the day in front. The factory riders are so much faster – about 10kph faster than me. I need a greater top speed.” 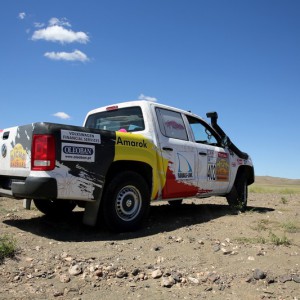 The team with the number 402, formed by Elisabete Jacinto and France Clèves, completed at the end of this afternoon, the first...
Copyright 2011-2016 Rallyraid.net - RISE Network. All Right Reserved.
Back to top