The extremes of the FIA World Cup for Cross Country Rallies vary dramatically during the season, as Russian driver Vladimir Vasilyev will testify when he defends his title in the Abu Dhabi Desert Challenge POWERED by Nissan later this month.

Vasilyev had to battle deep snow and temperatures plummeting to -20C when he began the defence of his World Cup title on home territory recently in the Baja Russia – Northern Forest, finishing second in an event won by Finland’s Tapio Suominen . 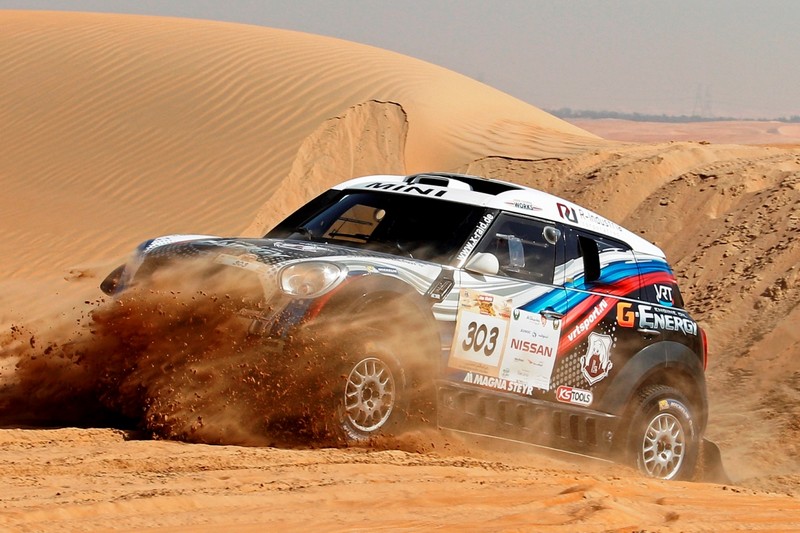 The conditions contrast sharply with those to be faced in the 25th edition of the Desert Challenge, which sends the world’s best cross country rally drivers and riders on a five-day passage over the giant dunes and sabkha plains of the UAE’s Western Region of Al Garbia.

“The change in extremes of weather and terrain couldn’t be more pronounced,” said Ronan Morgan, who has the distinction this year of being Clerk of the Course for the first two World Cup rounds.

For many years a key member of the team behind the Desert Challenge, Morgan was ‘loaned’ to the Russian event promoters by the Automobile and Touring Club of the UAE as part of its year-round support for motorsport development worldwide.

“It was a real eye opener for Ronan, and of course Vladimir and the other competitors who took part in Russia and are coming here will face a completely different set of tests,” said ATCUAE President Mohammed Ben Sulayem, the Desert Challenge founder.

“Over there the organisers have to guard against the threat of hypothermia when competitors break down and become stranded. Our priority when competitors find trouble in the desert is to help or evacuate them as soon as possible to prevent heat exhaustion and dehydration.” 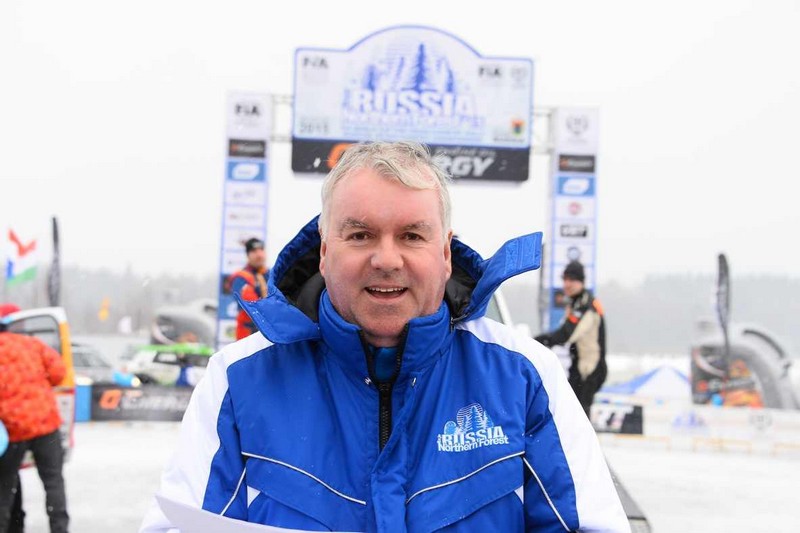 In recent years, the ATCUAE has become a leader in motor sport research to provide better safety to competitors, officials and volunteers. In 2013, Sulayem instigated a study by the Club in conjunction with its academic partners at the University of Ulster to provide more protection for marshals and officials from the risk of dehydration.

During last year’s Desert challenge the same research team, led ATCUAE Chief Medical Officer Dr. Sean Petherbridge, made a first of its kind study into the effects of fatigue on drivers and riders contesting the event. The findings, made available to the FIA and other national motor sport authorities and event organisers worldwide, could help reduce the threat of accidents and injuries to competitors in international cross country rallying.

“The safety of competitors and all others involved in the event remains our top priority, and we’re planning more research this year to take this forward again,” said Sulayem, who has guided the event’s growth from humble beginnings in 1991. The Nissan Patrol, the “Hero of All terrain in Life”, is positioned for the 12th year as the official vehicle of the event.

While the first Desert Challenge featured 30 cars, mostly from the UAE and other Gulf countries, last year’s event attracted 108 drivers and riders from 32 countries, and the 25th anniversary of the event is expected to boost entries to a new level.

Action in the 25th Abu Dhabi Desert Challenge, which also marks the first round of the FIM Cross Country Rallies World Championship for bikes and quads, gets under way with a super special spectator stage at Yas Marina Circuit on Saturday 28March.

The cars, bikes and quads then set off on five days of spectacular desert stages centred on the Qasr Al Sarab Desert Resort by Anantara which hosts the event’s bivouac, prior to the finish at Yas Marina Circuit on 2 April. 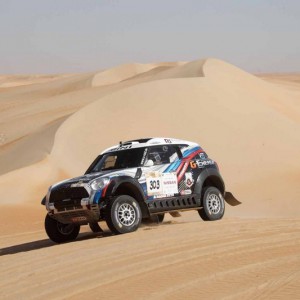