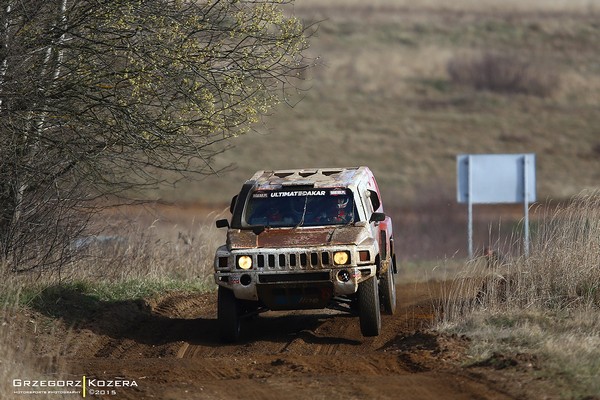 After Saturday’s problems the crew of UltimateDakar, Tomas Ourednicek and Pavel Vaculik started Sunday’s two specials without any pressure. But even the last day didn’t run without adventures for Tomas and Pavel.

“In the first special we again had problems with the Tripmaster, and we got lost. During the night there was some rain so we chose to change tyres, as G1 is better for mud. Everything was fun and fine up until almost the end of the second special, where we got into a strange situation. At about 120 kmh we hit something, maybe a stone, and the car started to skid to one side, then to the other. Fortunately finally I managed to regain control. We were able to continue, but we had to cover the 5 km left until the finish with a punctured rear right tyre,” the driver recalled.

Tomas and Pavel were convinced that with the time penalty they received for missing Saturday’s second special it’s impossible for them to score any points in the Central European Zone Championship, but it turned out that they were not the only crew for whom Baja Drawsko proved to be tough.

“The race was complicated, and especially difficult in terms of navigation, but not only for us: so many cars were out that even with our huge penalty we finally landed in 5th place of the CEZ T1 classification, which is much better than we could hope for yesterday. Moreover, in the Czech championship Saturday and Sunday were separate races and in Sunday’s classification we finished 3rd,” Tomas Ourednicek said after the finish.

Next race for the crew of UltimateDakar will be Duna Aszfalt Kupa, second round of Central European Zone Championship in Bugac, Hungary, on 24-26 April. 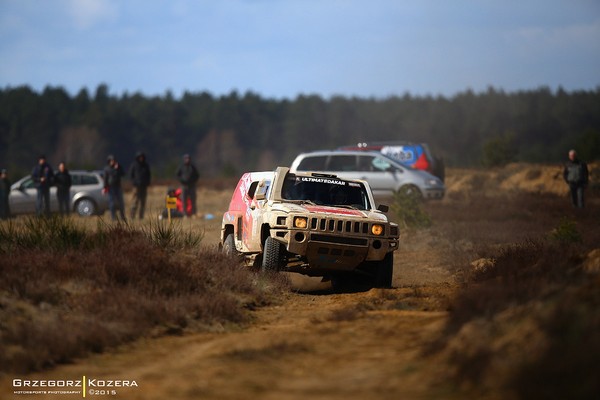 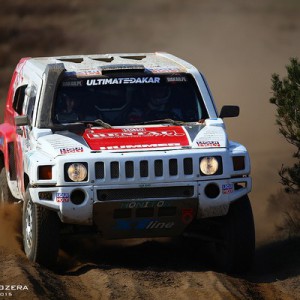 Like last year, Baja Drawsko in Poland didn’t bring too much luck for Tomas OUrednicek and Pavel Vaculik: after 40 km they...
Copyright 2011-2016 Rallyraid.net - RISE Network. All Right Reserved.
Back to top