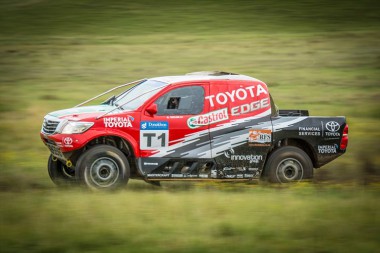 The name “Sugarbelt” is synonymous with South African cross-country racing. And now, after taking a break in 2014, crews are preparing for a return to this iconic race, which takes place on 8 and 9 May 2015. The race was last run in 2013, and was won on that occasion by Castrol Team Toyota’s Anthony Taylor and Dennis Murphy – who’ll be aiming for a repeat of that performance when they line up for Round 2 of the Donaldson Cross-Country Championship.

“The Sugarbelt has been a mainstay of South African cross-country racing,” explained Team Principal Glyn Hall, before the start of the race. “It is a race that is steeped in history, and winning in KwazuluNatal is always sweet, especially as it is a home race for the Ford Performance team.”

Taking the fight to the Fords – piloted by former national champion Chris Visser and Lance Woolridge respectively – has been part and parcel of the last two seasons, with Toyota coming out on top despite firm opposition. But taking on the Fords in their own backyard can be a tricky proposition. 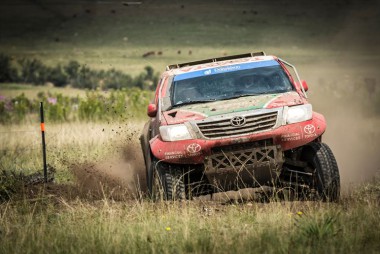 “We’ll just have to push hard during the prologue,” explains defending national champion Taylor – third on Round 1. “If we can get a good start for the main race, we stand a good chance of edging the Fords. But it all comes down to Friday’s qualifying stage.”

The terrain on the Sugarbelt is varied, with a combination of flowing tracks and rough, obstacle-ridden sections. Navigation can also be a challenge, depending on road position. With that said, the race is largely returning to familiar tracks, and the more experienced crews are sure to benefit from this.

“I haven’t raced here before, but I’m looking forward to getting to know the area,” says winner of Round 1 and current championship leader, Leeroy Poulter. Poulter and navigator Rob Howie achieved a maiden victory together on the RFS Endurance, the first race of the 2015 season.

With a new format in 2015, certain races in the six-round championship have been extended to nearly 700 km total distance. These races are now known as Endurance Races, with the Toyota 1000 Desert Race forming the sole Marathon Round of the season. The remaining races – including the Sugarbelt 450 – are now know as Sprint Races, and feature the more familiar format of 450 km of total race distance.

“But another change to the regulations for 2015 is that each and every race counts,” explains Hall. “In the past we had to drop the points from one race during the year – typically our worst performance. But this year every round will count towards the championship, so a good result on each of the six rounds is imperative.”

The Sugarbelt 450 will take place in the area around the KwazuluNatal town of Eston, about thirty minutes south of Pietermaritzburg. The prologue of 100 km gets under way at 11:30 on Friday, 8 May. The main race consists of two loops of 160 km each and starts at 08:30 on Saturday, 9 May. Spectating is free of charge, and the race will be based around the Beaumont Eston Farmers Club. 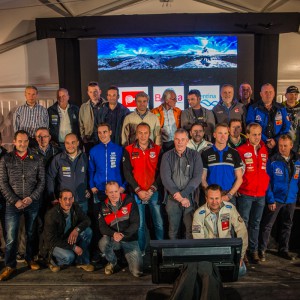 The pressure continues to rise in the Dutch armada with eight months to go until the start of the 2016 Dakar. The Batavian...
Copyright 2011-2016 Rallyraid.net - RISE Network. All Right Reserved.
Back to top