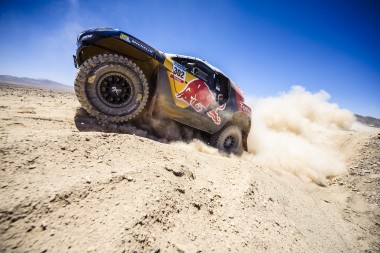 Peugeot will compete in the China Silk Road rally 2015 from august 29th to September 12th. The two cars will be driven by Stephane Peterhansel and Cyril Després
The Dakar 2015 was Peugeot big objective. But, unfortunately, Stephane Peterhansel ranked number 11 in the standings. It was such a big deception for a driver who won the race five times including two wins and a second rank over the last three years with Mini. The French brand is really enthusiastic to get a better result next year. That’s why Peugeot scheduled some testing sessions all over the racing season.

In this context, the China Silk Road Rally 2015 will be the full scale test for Peugeot to enhance engine performance and car weight. The main goal is to increase the speed when overcoming obstacles. Whatever it will be a nice opportunity for European and French fans to discover the race following the two champions. 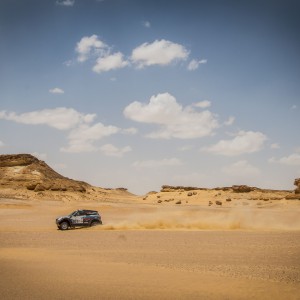 Vladimir Vasilyev among the cars, Mohammed Al Balooshi among the bikes and Mohammed Abu Issa among the quads are the winners...
Copyright 2011-2016 Rallyraid.net - RISE Network. All Right Reserved.
Back to top