Ultimate Dakar within sight of podium

After a disappointing Friday at Riverside Baja, fourth round of Central European Zone Trophy and second round of the Hungarian championship, the crew of Ultimate Dakar, Tomas Ourednicek and Pavel Vaculik improved a lot during Saturday’s stage, climbing to 4th place overall and within sight of the podium. 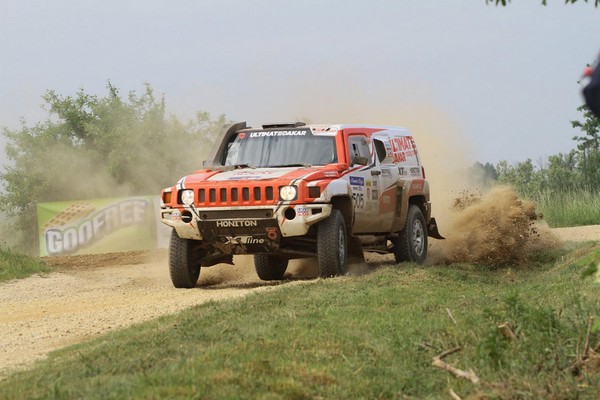 Team Ultimate Dakar is at least as happy today as disappointed he was with yesterday’s result. After a first stage full of problems on Friday, on Saturday driver Tomas Ourednicek, co-driver Pavel Vaculik had a perfect day – with perfect results. The crew became faster and faster special by special, achieving a joint second place on the penultimate and a third time on the last track. The H3 EVO didn’t have even the slightest problem during the day and the team managed to fine tune the setup in a way that worked perfectly on the fast, mostly rally-like tracks near Sárvár, a small town famous for its spa in the western edge of Hungary.

“Today I am quite happy, because the setup is now great and we are fast, we are really able to achieve the same time result as the top contenders. In the last two specials we were the best of H3 EVOs, so we are looking forward to tomorrow,” Tomas Ourednicek said after the day’s finished.

Riverside Baja continues on Sunday with eight shorter, rally-like specials, together with the competitors of Iseum Rally, an event of the Hungarian classic rally championship.

Battle for the podium 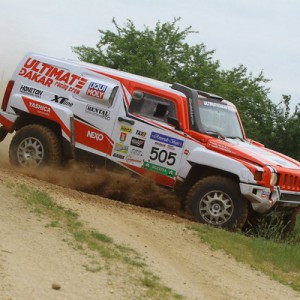 Tomas Ourednicek and Pavel Vaculik is in 8th position after the first day of Riverside Baja, fourth round of Central European...
Copyright 2011-2016 Rallyraid.net - RISE Network. All Right Reserved.
Back to top