Tomas Ourednicek and Pavel Vaculik is in 8th position after the first day of Riverside Baja, fourth round of Central European Zone Trophy and second round of Hungarian championship. The crew of UltimateDakar is 6 minutes behind the leader after a puncture. 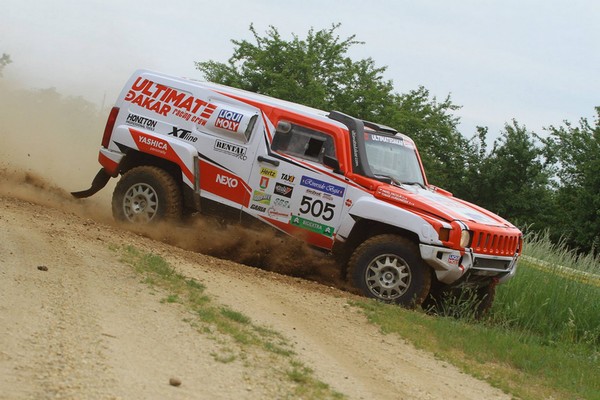 The crew of UltimateDakar didn’t have a lucky start at Riverside Baja, fourth round of Central European Zone Trophy and second round of Hungarian championship. The much awaited Austrian special was cancelled, so competitors completed only one stage against the clock, on Hungarian soil. According to the weather forecast, the team (like many others) expected rain and mud but the track was completely dry and dusty, so mud tires weren’t the right choice. Together with a puncture and some brake problems Tomas Ourednicek could even be happy with the 8th place and being only 6 minutes behind the leader but he expected a much better result at Riverside Baja, an event of which he has really fond memories from last year.

“I am everything but happy today. We expected rain so opted for the mud tires, and that proved to be absolutely wrong since the track was completely dry and quite dusty. We also had some problems with the brakes but that we managed to solve in the service after the special. This was really not our day,” Tomas Ourednicek said.

Riverside Baja continues on Saturday with four specials and almost 150 km against the clock near Sárvár, a town in the western part of Hungary, famous for its spa. For Sunday eight more specials are scheduled.

Ultimate Dakar within sight of podium 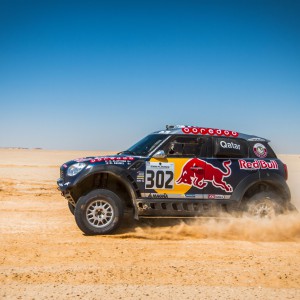 The second to the last stage of Pharaons Rally has run over the same track of the second stage, due to the discovery of an archeological...
Copyright 2011-2016 Rallyraid.net - RISE Network. All Right Reserved.
Back to top