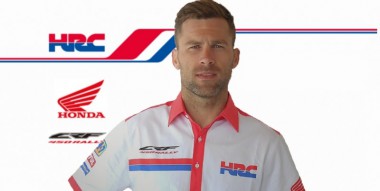 Team HRC welcomes French rider Michael Metge to the ranks of the rally team as it looks to strengthen the squad ahead of the season’s greatest challenge: the Rally Dakar.

Michael Metge will join Joan Barreda, Paulo Goncalves and Jeremías Israel as Team HRC reinforces its line-up to tackle the forthcoming challenges. The Frenchman, with a demanding and methodical approach to preparation, is an experienced and knowledgeable rider, with a hard-working attitude that will see him slot comfortably into the Team HRC structure. The rider is set to make his debut on the Honda CRF450 RALLY in the third and final rally of the Dakar Series – the Desafío Inca – to be held in Peru from 11th to 13th September.

Even before Michael Metge was born the passion for rally racing was pumping through the family veins. Michael was still crawling his way from one side of the sitting room to the other while his father was speeding his way from Paris to Dakar; a feat he accomplished on six occasions. René Metge, Micheal’s second cousin, won the Dakar three times and directed it too. Rallying is in the family DNA.

Metge started young: at four he already had his own bike, although it did take a few years before he savoured local and regional Motocross competitions. Soon he was competing in Enduro and the results were starting to show; Michael took fifth place in the prestigious French Enduro Championship and in 2010 he achieved a runner-up spot in class E2 of European Enduro.

The rider’s first venture into rally came in 2008 at the Sardinia Rally Race, although it wasn’t until the 2013 Dakar that the Frenchman really showed himself to be a promising future talent. An eighteenth place finish in the world’s toughest rally was nothing to be scoffed at. Metge’s results – both overall and in each stage – didn’t go unnoticed and he was signed up to one of the factory teams for the Dakar the following year, finishing in thirteenth position. A injury and mechanical issues forced Michael out of the Dakar 2015 in one of the Bolivian stages.

Martino Bianchi -Team HRC General Manager: Michael Metge will add the “French touch” to our international Rally team. With his experience and know-how, Metge will be really helpful to our riders’ line-up and will be able to offer strong support in the more difficult races such as the Dakar. Moreover, he is a fast rider with great physical preparation and a strong motivation to get good results.
I am sure Michael will do an important job in Team HRC. We all welcome him to our HRC family and wish him a brilliant racing season that will start with the Desafio Inca Rally in September.

Michael Metge: For me, the Dakar has always been my goal. Ever since I was small, I was always with Honda, the brand that I dreamt about. In France we have had some legendary Honda riders such as JMB – Jean-Michel Bayle – who was my idol. To be back riding a Honda with Team HRC is really a dream come true. I’ll form part of a highly professional team that develops the best technology in the world of offroad.
I know Joan and Paulo, who are really fast and it will be a great honour to be alongside them. Also, I have been lucky enough to spend a year as Cyril Despres’ water-carrier which was a very fulfilling experience for me. This will be very helpful for me for supporting Joan and Paulo at Honda. I’m also lucky to have been a mechanic, as my parents had a workshop and that’s a real bonus. I like technical and mechanical stuff especially when a quick solution has to be found with the minimum material. I think that this is a very positive asset 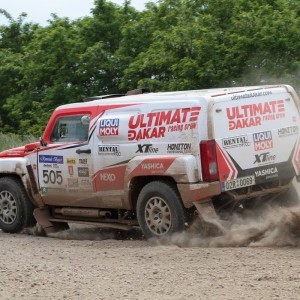 Central European Zone Trophy reaches midpoint this weekend with the fifth round being held in Gyula, Hungary. After four...
Copyright 2011-2016 Rallyraid.net - RISE Network. All Right Reserved.
Back to top