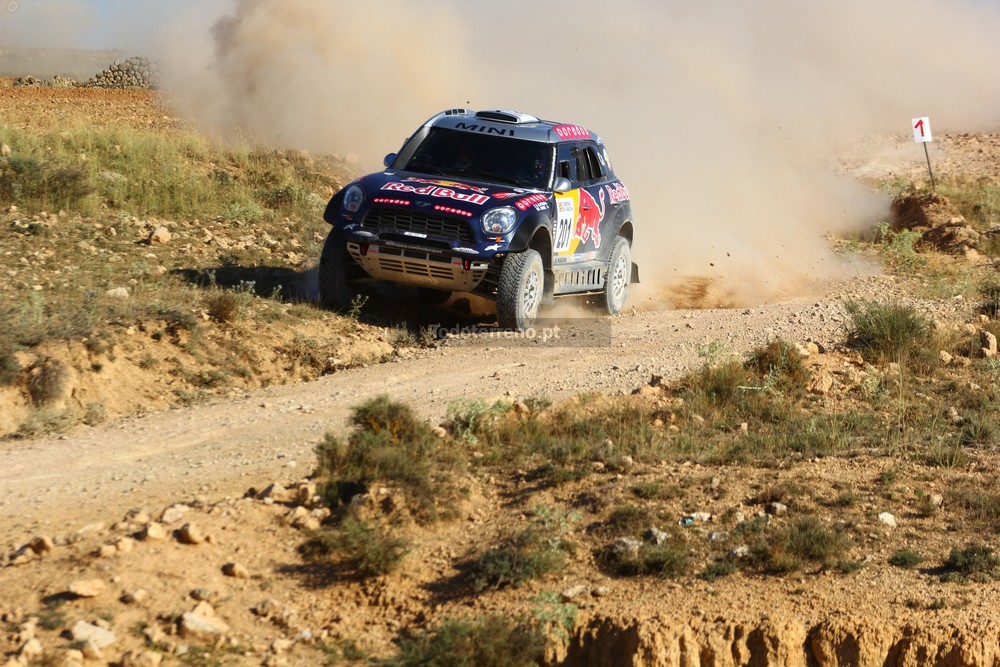 Three of the six Minis starting in Baja Aragon occupy the provisional podium after the 5 km Superspecial of Friday afternoon. Nasser Al-Attiyah 3.6 second faster than Nani Roma and 7.9 second than Orly Terranova. Fourth time was clocked by Catalan Joan Roca and his Hungarian co-driver Albert Horn in the Schlesser GP in front of former WRC star Mikko Hirvonen, who completed his first special in cross-country rallies.

The second half of the top 10 is dominated by Iberian drivers Portuguese Joao Ramos being 6th in a Toyota and Ricardo Leal dos Santos 8th in a Nissan, Spain’s Jordi Gaig occupying 9th position in a BMW. 7th placed Shk. Khalid Al-Qassimi (Toyota) and Poland’s Marek Dabrowski in 10th position round off top 10.

Mini’s young Brit Harry Hunt missed a junction and this relegated him to 11th, Reinaldo Varela (Toyota) lost about 15 seconds when slid off the road and ended up in 13th place behind the Novikov brothers (G-Force Proto New Line). For Erik Van Loon (Mini) the 5 kilometres of the Superspecial proved to be too short for warming up, but the crew from the Netherlands promises to improve during next stage. 5th in the World Cup before Baja Aragon, Czech Miroslav Zapletal lost time because of some issues with computer.

Saturday’s stage will be the longest of the rally with a 150 km and a 300 km long special between Calamocha – Calatayud and Calatayud – Teruel respectively. 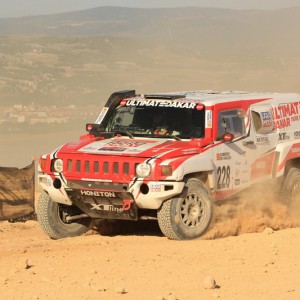 Despite being only 5 kilometres long, Baja Aragon's Superspecial on Friday afternoon proved to be tough because of the heat...
Copyright 2011-2016 Rallyraid.net - RISE Network. All Right Reserved.
Back to top