In the lives of racing crews there are some important and memorable milestones, for example the first race or the first podium. The crew of Ultimate Dakar, Tomas Ourednicek and Pavel Vaculik reached another one of these: they clocked the best time in a special stage for the first time with the H3 EVO. Overall they finished 3rd in Euro-Tools Cup, scoring some very important points in the Hungarian Championship. 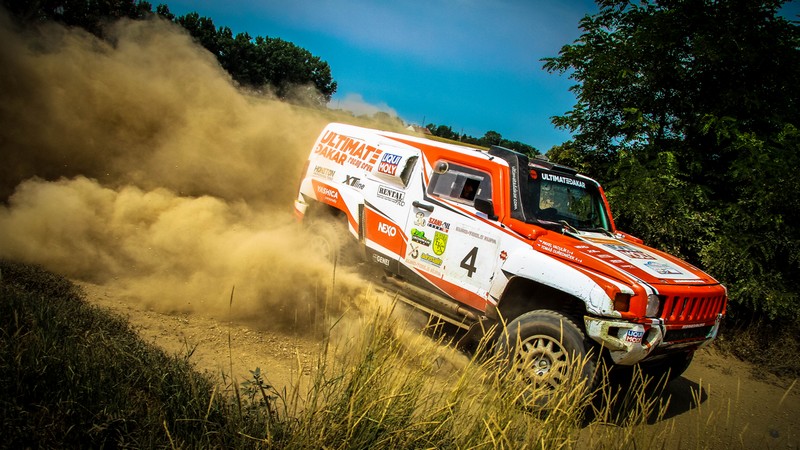 For Euro-Tools Cup, fourth round of the Hungarian Championship held in Bábolna, in the northwestern part of Hungary, the main goal of Tomas Ourednicek and Pavel Vaculik was to finish the race and save the car as much as possible since two days later the team has to leave for Baja Aragon, their first World Cup appearance this season. Starting in a very cautious way, they were 5th in Friday’s prologue, but soon they climbed up to the last podium place on Saturday. The battle for the podium was fierce, three cars being within one minute, and on Sunday before the last two specials it seemed like the Tomas and Pavel would just miss out on the podium. But they are not regarded as fighters for nothing: on SS9 they scored they first ever stage victory, followed by a second best time in the last special. Finally they didn’t only climb back to podium but ended up a mere 3 seconds from second place.

“Some of my Hungarian friends told me I was crazy to start in Bábolna and risk not being able to take part in Baja Aragon. But this is also an important round of the Hungarian Championship, so we couldn’t miss it, we just took a cautious approach, not to damage the car.

On Friday our result was not so great, we needed some time to warm up after such a long pause. Nevertheless, our 5th position didn’t mean any disadvantage as the gap at the start was 3 minutes, so there was no dust. 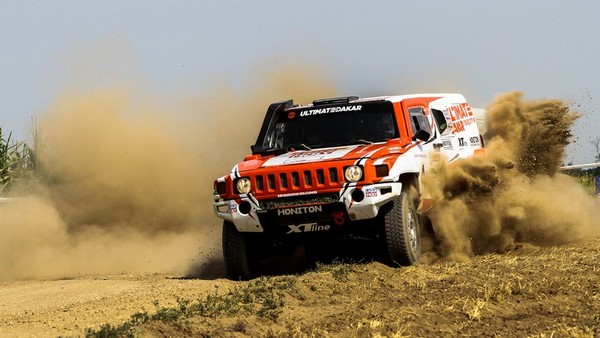 On Saturday we started on G1s, but the feeling was not what we wanted, so we were a bit surprised to find ourselves in 3rd place. For the afternoon, we opted for All Terrain tyres. With those the feeling was a lot better – but the result didn’t reflect that, we were in 4th place. We made some small mistakes, but apart from that everything was OK.

On Sunday we tried to push, but the first two specials didn’t run too well for us. In the afternoon this all changed, in SS9 we knew we were fast, but still it was a surprise to hear at the finish that we had ‘absolute time’. First we didn’t really know what it means, then we were told we were the stage winners. This was a big moment for us, but still the most important is that there’s no damage on the car, so our start in Spain is not in danger”, Tomas Ourednicek said.

The 3rd place achieved in Bábolna means that the crew kept their 3rd position in the championship standings. Next weekend Tomas and Pavel will face another huge challenge: they are going to compete against the elite of cross-country rallies in Baja Aragon, organised in Teruel, Spain on 23-26 July. 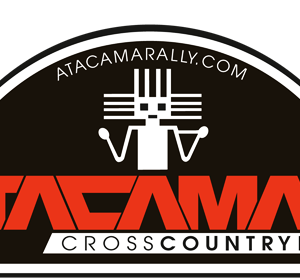 The fifth date of the FIM Cross Country Rally World Championship, and the third date of the South American Championship of the discipline...
Copyright 2011-2016 Rallyraid.net - RISE Network. All Right Reserved.
Back to top