After two lengthy specials (152 km and 305 km) Nani Roma took the lead in Baja Aragon in front of teammates Mikko Hirvonen and Orlando Terranova. For the biggest favourite of the race, Nasser Al-Attiyah the second special marked the end of the rally. The heat in the afternoon caused a lot of troubles especially to co-drivers. 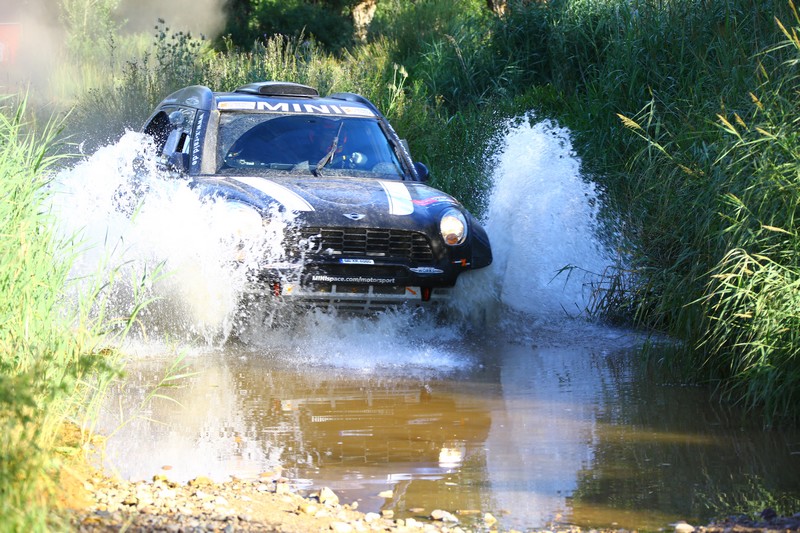 Saturday started early for the competitors of Baja Aragon, the cars and trucks took the 152 km long track between Calamocha and Calatayud first. Nasser Al-Attiyah started well but lost time with a puncture, giving free way to Nani Roma to clock the best time and so take the lead. Mikko Hirvonen finished second despite driving 70 kilometres in the dust of Joan Roca, hindered by tyre and brake problems but still clocking third best time.

Punctured Nasser Al-Attiyah had a gap of more than two minutes to his Catalan teammate in fourth position in front of Portugal’s Joao Ramos’ Toyota. Sheikh Khalid Al-Qassimi lost time with a puncture and problems with the jack, and the Emirati drivers also missed some corners.

The second special of 305 kilometres between Calatayud and Teruel saw Orlando Terranova being the fastest in front of Nani Roma, who kept the lead despite a puncture. Rookie Mikko Hirvonen did a great job again arriving third and occupying runner-up position before the final day of the event. For sure, the rally-like tracks suited the precise driving style of the former WRC ace but his debute so far is really impressive.

Orly Terranova took the last podium position in the overall classification, followed by the best Toyota of the day, Reinaldo Varela. Erik Van Loon improved constantly during the day, and despite a puncture and having to drive in Marek Dabrowski’s dust for a long time in the afternoon he climbed up to 5th position.

Miroslav Zapletal lost time because of the overheating of fuel. Big loser of the special was once again Nasser Al-Attiyah, who lost a wheel completely and later broke a rim after hitting something. Unfortunately they didn’t notice that not only the rim, but also the brake disc was broken, and the damage was so bad that they couldn’t finish the stage, and later decided to withdraw from the rally. Yesterday’s hero, Catalan Joan Roca and his Hungarian co-driver Albert Horn are also out of the race after damaging the left side of the spectacular Schlesser GP hitting a stone in a tight right corner.

In the morning the weather conditions were ideal for the crews who experienced one of the coolest specials in the more than three decade history of Baja Aragon, but this all changed for the long special, that the competitors completed in “normal Baja Aragon” temperatures. This together with the characteristics of the track brought hard times to especially to co-drivers, many of them had health issues during the day.

For Sunday only one special is left, with 181 kilometres between Calamocha and Teruel. The 2015 edition of Baja Aragon ends with a podum ceremony in the afternoon in Teruel.

15th place in a star-studded field 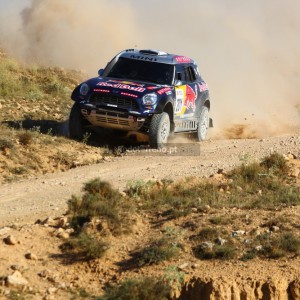