The fifth date of the FIM Cross Country Rally World Championship, and the third date of the South American Championship of the discipline CODASUR-FIA, begins to define its competitors.

Only fifteen days for close registrations of the Atacama Rally 2015, the best competitors for the Cross Country Rally begin to confirm their participation. Riders and teams from different nationalities will be present at the only appointment in Latin America for the world championship. The Atacama Desert, with its dunes and amazing routes opens up the world to offer an exciting and challenging rally for all those who dare to live. 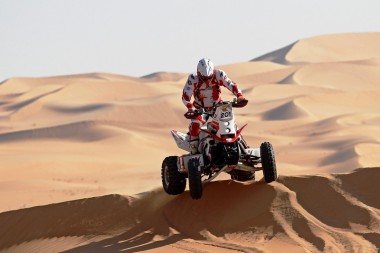 In Quads category, World Cross Country Rally legend and last Champion of Dakar Rally, Rafal Sonik, commands the list of stars in the four-wheeled motorcycles. He is joined the Qatari Mohamed Abu Issa who is complying an excellent performance in the World Cup, and will seek to add important points for the world rankings.
Between both the dispute will be intense and in Chile we can see if Sonik extend their lead for the world title or Abu Issa tighten even more the dispute. So far the difference between them is only 7 points. Together with quads leaders, the Paraguayan Nelson Sanabria, last South American champion and fourth, at the moment, in the ranking for the world cup, has said present, as also the Uruguayan rider Mauro Almeida, Both of great performance and preparation will not give truce to lead the overall.

In bike category, the constellation of stars that will cross the arid Atacama Desert is not less. The KTM team has confirmed a full participation with the Chilean rider Pablo Quintanilla, last champion of Atacama Rally and champion of South American Rally Cross Country championship 2014. Together at the Chilean rider, we can see the Spanish rider Jordi Viladoms, Australian Toby Price, the British Sam Sunderland, the Austrian Matthias Walkner and the Frenchman Antoine Meo. Special mention for the only female representative of the team; the Spanish girl Laia Sanz.

Honda HRC for his part confirms the official participation of the Portuguese Paulo Gonçalves to give a hard fight in the overall class and the Chilean talent Jeremias Israel.

In the line of private competitors, is almost certain the presence of Emirati Mohammed Balooshi who ranks fourth in the world championship FIM with high chances to enter the final podium of the world championship. For his part, Guatemalan Francisco Arredondo has not wanted to be absent from the 2015 edition of the Atacama Rally, as also the Peruvian rider Felipe Ríos, the Dutch Humphrey Svan Basel and possibly the Bolivian Fabricio Fuentes.

In the national competitors highlights participation of Chilean rider Felipe Prohens with a big experience in the Rally Raid confirming his return to international racing. Beside him, Juan Pablo Zegers, Josué Smith, Matías Sánchez and Enrique Guzmán are until the moment the Chileans competitors, together with Pablo Quintanilla and Jeremiah Israel in their official teams.

The car category is waiting for the register of drivers and teams that these days start the second round of the South American Cross Country Rally Championship in Paraguay. Chile will be the third and last date and will define who will be the champion of the 2015 season.

The Atacama Rally 2015 fifth date of the FIM Cross Country Rally World Championship and the third date of the South American Championship CODASUR-FIA will be held between August 30th and September 5th. The process of inscription continuous open until July 30th. (There are 15 days remaining until for the entry closing date) through the website ATACAMA RALLY and also by contacting the sports secretary at secretaria@atacamarally.com the spaces are limited to take part in the World and South American Championships, so we encourage you to register now!

We remind you that the benefits of Hotel included in the entry fees are valid only for registered competitors before on July 30th.

THE REAL CROSS COUNTRY RALLY IS IN ATACAMA… ARE YOU READY FOR THE CHALLENGE? 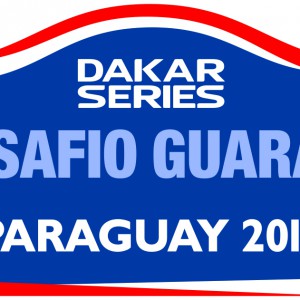 The second edition of the Dakar Series Desafío Guaraní in Paraguay starts today with a prologue at the San Lorenzo circuit....
Copyright 2011-2016 Rallyraid.net - RISE Network. All Right Reserved.
Back to top