Spain’s Baja Aragon (24th to 26th July, 2015) is one of the events on the calendar that are particularly popular with the drivers. Consequently, X-raid will be represented by six MINI ALL4 Racing vehicles, in the sixth race of FIA Cross Country Rally World Cup. The Baja Aragon held at the city of Teruel is the second of the four Bajas representing the ‘European season’. X-raid has truly fond memories of the Spanish event: After all, the seven previous editions all were won by a car from Trebur. 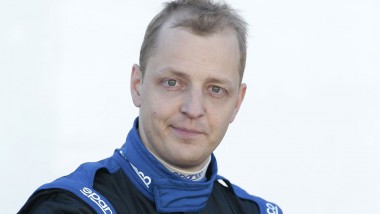 One pairing certainly will attract a particularly attention: Mikko Hirvonen (FIN) and Michel Périn (FRA). The Finn is going to cover his first special-stage kilometres at the wheel of the MINI ALL4 Racing and in cross-country rallying. The Baja Aragon represents a good event for making his first steps in off-road rallying as the narrow and usually solid terrain should suit his WRC experiences well. “In the Baja Aragon, you need a style of driving I am accustomed to,” says Hirvonen. “But contesting an event without the pace notes we use to produce in WRC rallying while driving down the track prior to the event won’t be easy for me and I also have to keep on familiarising myself better with the MINI.”

‘Pace notes’ significantly differ from a road book. In off-road rallying, the competitors don’t know the track, prior to the start, and have to find their way to the finish only by the information provided by the road book. In rallying, the competitors may drive down the special stage a few days before in a road car at legal speed and while doing so, the crew gathers the most different information – such as speed, corner radii, terrain conditions etc. And during the special stage, the co-driver guides the driver by reading this information to him. 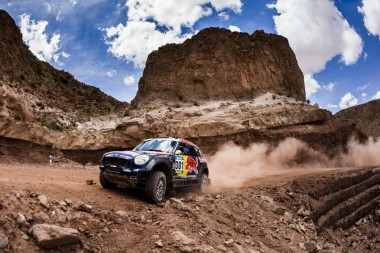 Nasser Al-Attiyah (QAT) and Mathieu Baumel (FRA) have set themselves a clear goal, for the Baja Aragon: To close the gap to the world cup leader as far as possible or even overtake him. Currently, Al-Attiyah’s gap to the leader amounts to 21 points, with 30 being awarded for the win in a Baja. “I’m going to fight for the win as I do in every race,” stresses the driver from Qatar. “We have to focus on ourselves and then we have to wait and see how our rivals deliver.” Harry Hunt (GB) who already contested the Abu Dhabi Desert Challenge and the Qatar Sealine Rally, with a MINI ALL4 Racing, is about to contest the first Baja in his still short off-road rallying career and he is going to do so with Frenchman Xavier Panseri as navigator. 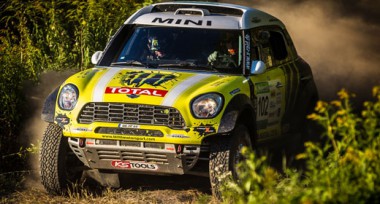 For Nani Roma and his Co-driver Alex Haro, the Baja Aragon is the home race as they both reside not far from Barcelona. In the 2009 Baja Aragon, Nani Roma made his first appearance for X-raid and won the event right away. And in 2013 and 2014, he added another two home wins to his tally. Second place in these rallies was secured by Argentinean Orlando Terranova who is going to contest this year’s edition with his compatriot Bernardo ‘Ronnie’ Graue and finally wants to make it to the highest step on the podium. Also back in action is the Dutch pairing Erik van Loon / Wouter Rosegaar, this time with a new livery.

The Baja Aragon will be kicked off on Friday evening with a short 7,8-kilometre prologue. On Saturday, the pairings will have to contest two special stages, with distances of 160 (the first) and 310 kilometres (the second, in the afternoon). The distance of the final special stage on Sunday adds up to 180 kilometres. 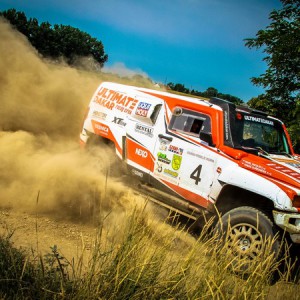 In the lives of racing crews there are some important and memorable milestones, for example the first race or the first podium....
Copyright 2011-2016 Rallyraid.net - RISE Network. All Right Reserved.
Back to top