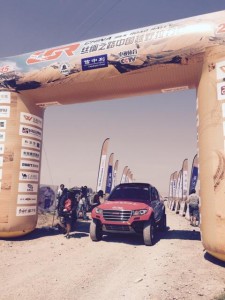 Chinese driver Han Wei edged into a slender early lead after the opening 102.30km special stage of the China Silk Road Rally between Xi’an and Zhongwei on Sunday.

Despite a flat tyre, the Haval driver and navigator Pan Hong Yu benefited from warm, dry and dusty conditions to post the target time of 1hr 23min 22sec. They held a slender lead over the French duo of Stéphane Peterhansel and Jean-Paul Cottret in the first of the two factory Peugeot 2008 DKRs.

“We had a small problem with the GPS, but nothing serious,” said Peterhansel. “The stage was very nice, quite technical and twisty, and a nice way to start the first day.”

Peterhansel’s Peugeot team-mate Despres was also upbeat after the opening day and held third place: “I am very happy with the new evolution of the 2008 DKR. It performed well on this tricky stage.  There were quite a lot of rolling stones and rocks on the side of the track. We also got stuck in the dust behind Christian (Lavieille) and had a small issue with the GPS by PC1.”

Christian Lavieille sustained a flat tyre 80km into the special and managed to complete the stage with the fourth quickest time in the second of the Havals. Lui Yan Gui was fifth in a Mitsubishi L200 and Fan Ting Jun rounded off the top six.

Adrian Di Lallo safely negotiated the opening timed test in his Isuzu MU-X. “The car performed perfectly today and Harry (Suzuki) and I enjoyed ourselves,” said the Australian. “Besides one small navigational issue that cost us about five minutes, and being stuck in dust for about 30 kilometres, it was a great first day. The stage resembled a mini Dakar stage.” 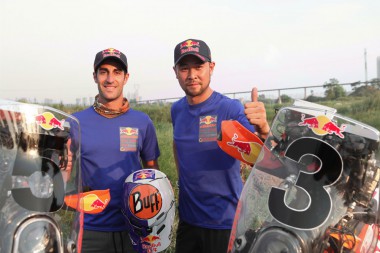 Armand Monleón Hernandez drew first blood in the motorcycle and quad category on his Red Bull KTM 450 Rally. The defending Spanish Rally TT champion led the way from the Chinese duo of Su Wen Min and Zhou Tian of the Jincheng Team. Tong Lei of the Offroad Union Team was fourth on his Yamaha 700R.

Tomorrow (Monday), the second day of the event heads out of Zhongwei and competitors use a liaison section of just 21.15km to the start of a short special stage of 62.92km. A second liaison of 225.65km guides teams into the overnight halt at Swan Lake in the city of Alxa Zuoqi Left Banner in Inner Mongolia. 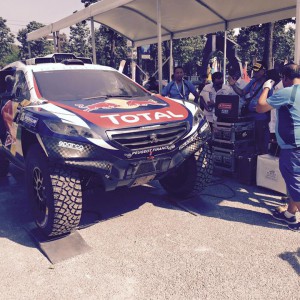 The third China Silk Road Rally gets underway with two liaison sections and a special stage of over 100km between the ceremonial...
Copyright 2011-2016 Rallyraid.net - RISE Network. All Right Reserved.
Back to top