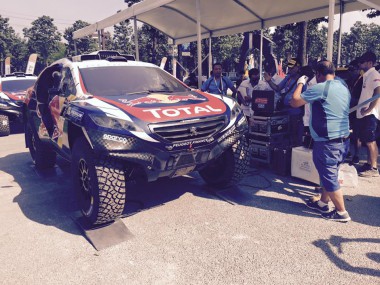 The third China Silk Road Rally gets underway with two liaison sections and a special stage of over 100km between the ceremonial start in Xi’an and the city of Zhongwei on Sunday.

Sixty-five cars and trucks and 16 motorcycles safely completed their scrutineering and administration checks inside the park of the Legend of the Tang Empire in Xi’an and Team Peugeot Total driver Stéphane Peterhansel heads the international field into 13 days of action across some of the remotest terrain in central China and Inner Mongolia. The event finishes in Dunhuang on September 11. 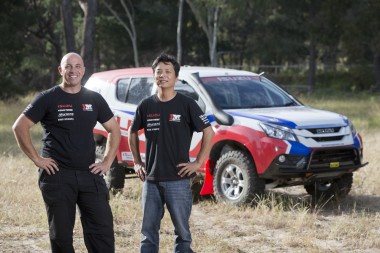 Main competition for Peterhansel and Peugeot colleague Cyril Despres comes from Haval driver Christian Lavieille and his Chinese team-mate Han Wei. Local drivers dominate the upper reaches of the top 20, while the Australian crew of Adrian Di Lallo and Harry Suzuki carry the number 173 on their Isuzu MU-X and Jan Mooij’s McRae Prototype sports the number 172 under the Moditech racing banner.

“We are delighted to have such a strong field for this year’s rally and, particularly, the excellent support from Chinese teams,” said clerk of the course Hubert Auriol. “All the effort put in by our organising team over many weeks will now be put to the test over the next 13 days.” 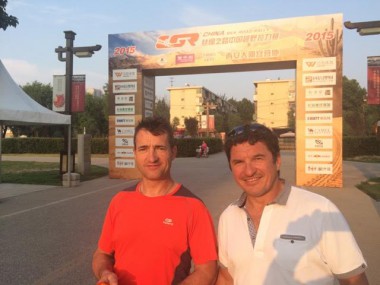 French driver Patrick Sireyjol and former enduro rider/co-driver Jean Brucy will work as the course opening team and were one of the first crews to pass through technical checks, alongside several Chinese crews inside the park of the Legend of the Tang Empire in Xi’an.

The competitive action starts on Sunday (August 30) after a long liaison section of 565.30km from Xi’an to the start of the stage in Taoshan. The special runs for 102.30km as far as Sikouzi.

A second liaison section of 29.60km guides teams to the overnight halt at Tengeli Lake in the inland Chinese city of Zhongwei, a prefecture level city of over 1.1 million people in west-central Ningxia Province. 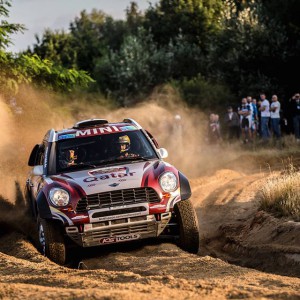 Qatari driver Nasser Al-Attiyah with Frenchmen Matthieu Baumel alongside him took an early lead in the LOTTO Baja Poland....
Copyright 2011-2016 Rallyraid.net - RISE Network. All Right Reserved.
Back to top