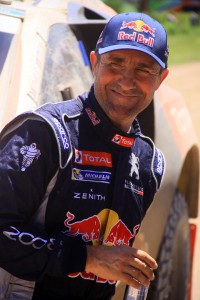 Frenchman Stéphane Peterhansel and his long-time co-driver Jean-Paul Cottret top the impressive entry list for the China Silk Road Rally 2015, the revised 13-day cross-country rally that starts in Xi’an on August 30 and finishes in Dunhuang on September 11.

Peterhansel is often referred to as ‘Mister Dakar’ or ‘Peter’ and is the most successful cross-country rally driver/enduro rider of all time. The 50-year-old has won the Dakar Rally – the world’s most famous long-distance endurance race – on no less than 10 occasions.

Peterhansel made his debut on the African Dakar in 1988 with Yamaha and went on to win the motorcycle category with the Japanese factory team in 1991, 1992, 1993, 1995, 1997 and 1998. After six victories and countless successes on smaller enduro events around the world, he made the switch to competing on four wheels alongside Cottret in 1999 and they both joined the Mitsubishi factory team in 2003, after a brief spell with a Mega Special and as a partnership with Nissan Europe.

He and Cottret became a devastating partnership in Africa – and in Mauritania in particular –  and recorded three victories for Mitsubishi in 2004, 2005 and 2007. When the Japanese team withdrew from cross-country rallying in 2009, he teamed up with the German X-raid  outfit and earned a fourth victory in a car with a Mini All4 Racing in South America in 2013.

After missing out on an unprecedented 11th Dakar success through team orders the following season, Peterhansel and Cottret switched to the Peugeot team and have since been an integral key in the development of the 2008 DKR with the Peugeot Total team.

Peterhansel will be joined in China by Cyril Despres and his new co-driver David Castera in a second Peugeot. Fellow Frenchman Despres switched to four-wheel rallying last year after winning the Dakar on five occasions with the KTM factory motorcycle team (2005, 2007, 2010, 2012 and 2013).

Castera, like the China Silk Road Rally’s clerk of the course Hubert Auriol, is a former sporting director of the ASO, and joined Peugeot at the start of the season, having switched from an organising role to a position inside the cockpit of the 2008 DKR. Despres finished 34th on his Dakar debut in 2015 after overcoming numerous niggling problems along the way. This will be his first event in China.

“It is a major boost for the organising team to see strong international teams supporting the event this year,” enthused clerk of the course Hubert Auriol. “To have a 10-time winner of the Dakar in Stéphane Peterhansel and a five-time winner in Cyril Despres is a major boost for us and we are delighted that the Peugeot factory team has decided to test its car in China.”

Yoshimasa Sugawara is one of the most famous characters in Dakar history and amassed 31 Dakar starts and 20 finishes in his illustrious career with a Hino truck. The veteran Japanese’s son Teruhito has been entrusted with the Hino for the China Silk Road Rally and teams up with co-driver Hiroyuki Sugiura. The 43-year-old joined his father’s team in 1998 as a mechanic and navigated for the team on numerous occasions before switching to the driving seat. He recently competed on an event in Mongolia. 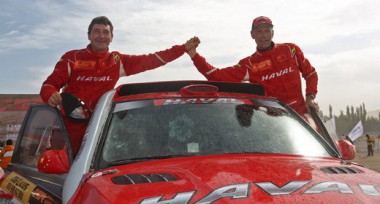 The experienced Frenchman Christian Lavieille won last year’s China Grand Rally with the Haval Great Wall Team SMG and returns on this occasion to try and defend his title with navigator Jean-Pierre Garcin in a Haval.

A regular competitor on rounds of the FIA World Cup for Cross-Country Rallies, Lavieille finished sixth overall in this year’s Dakar with an Overdrive Racing Toyota Hilux although, like Peterhansel and Despres, he began his career on two wheels in the 1990s.

Red Earth Motorsport of Australia has also entered a Japanese factory-supported Isuzu MUX T2 for the West Australian driver Adrian Di Lallo. The Aussie has been a regular on the Australian Safari in recent seasons and finished his first Dakar in 2013 in 38th overall.

Additional international teams include the Dutch Moditech operation and a car for Jan Mooij, Leonidas Marmolejo and Maximiliano Blanco at the helm of a South American 4WD Jaton Racing team car and a joint Chinese/French outfit to run a Polaris under the Rally Union Team banner.

Scrutineering and administration will take place inside the park of the Legend of the Tang Empire in Xi’an on August 26 and August 27. 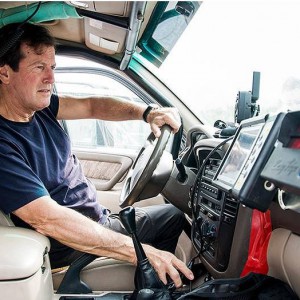