After a two-year-break, the Silk Way Rally is back on tracks. During all that time, the organizers have kept working on a new concept, keeping the same major values: speed, adventure, overcoming challenges in extreme conditions added to a new substantive content for 2016… The route will follow the legendary silk way!

Therefore, this sixth edition of the Silk Way Rally will start from the Red Square in Moscow early July 2016, to finish in the center of the Chinese capital. The involvement of the different governments is the obvious recognition of the international status of the event.
The total length of the route will be roughly 10.000 kms, more than half of them on special stages. The rally will guide participants through fantastic landscapes and countries. 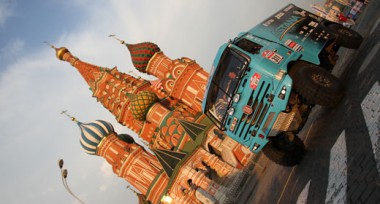 Just like the very first edition of the Silk Way Rally in 2009, the main partner will be PJSC “Gazprom”. The partnership agreement with the Russian transnational corporation has been signed for the three coming years.

The famous Russian sportsman, Vladimir Chagin, seven-time winner of the “Dakar” rally has been appointed director of the organization. Frédéric Lequien remains deputy director, in charge of the European office and aspects.

Alexey Miller, President of PJSC “Gazprom”
“Our cooperation with the People’s Republic of China is booming.The Silk Way Rally, connecting the capitals of both our countries, will become a bright symbol of our strategic partnership.” 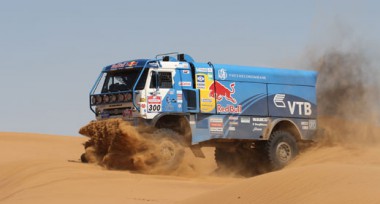 Sergey Kogogin, General Director of JSC “KAMAZ”
“In five years, the Silk Way Rally has become a famous race, well known in the the motorsports’ world. I am glad that the rally is becoming international in 2016, connecting Russia to China. This underlines once again the traditional friendship between our two countries. The Silk Way Rally, will be another stimulus to strengthen the strategic partnership of cooperation… and not only in sports! For the rally participants, the updated “Silk Way Rally” will give an excellent opportunity to show their professional skills and the latest developments in the automotive industry.”

Chinese President Xi Jinping points out the concept of «one zone and one way», the main idea of which consists in «five linking elements»: policy coherence, unified infrastructure, trade relations, monetary and financial flows, humanitarian communication. All this to promote practical cooperation, contributing to political mutual trust, economic integration and cultural tolerance with neighboring countries.

The details of the route will be announced by the organizers at the official presentation, which will be held mid-October. 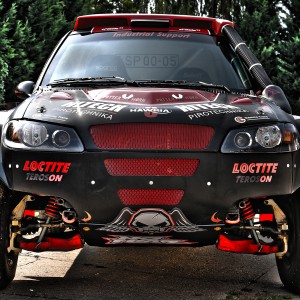 This weekend, on 30 August 3rd Extreme Technical Weekend, a motorsport event, will be held on Hungaroring. Sólyom Team will...
Copyright 2011-2016 Rallyraid.net - RISE Network. All Right Reserved.
Back to top