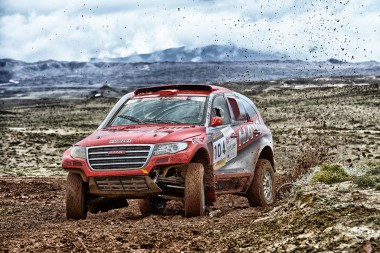 Team Peugeot Total’s Cyril Despres and David Castera claimed their first victory on the China Silk Road Rally, when the duo guided their Peugeot 2008 DKR to the fastest time on the 11th stage between Jiayuguan and Dunhuang on Wednesday.

Five-time Dakar winner Despres has been largely in the shadow of Peugeot team-mate and rally leader Stéphane Peterhansel on this event, but the former KTM factory rider came good when it mattered and snatched victory on the fast and dusty stage from Peterhansel and Jean-Paul Cottret by just 30 seconds, after the rally leaders sustained a flat tyre.

“We caught Lui Kun after 57km and we could not get through,” moaned Despres, who duly claimed his first ever stage win on four wheels. “We did 190km in his dust. We took advantage of a zone where speed was restricted to let him know we were just behind him, but he didn’t pull over. We still won our first stage, but it’s frustrating not to have a free rein over the full distance. David (Castera) and I are starting to function well together. We soon realised we were on a good day today. Tomorrow we will be first on the road….” 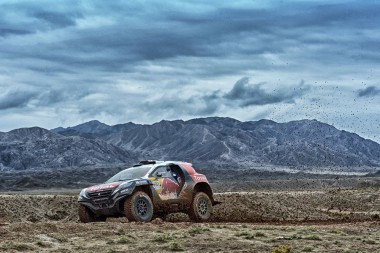 Peterhansel ran first on the road and had no such issues with the dust: “We were opening so we had no dust. The track, in the second part, was very nice, with wide, dry rivers and a lot of gravel. It was slippery, but nice to drive. It was beautiful. I never saw this kind of track before. I hit what I thought was the ground, but it was a stone and I had a flat on the front tyre. We lost five minutes and I burned my racing suit because, to close the hood, I needed to be in front of the exhaust!”

A fascinating tussle developed between Lui Kun and Han Wei for third place and the Mitsubishi Panda MPR11 driver edged the contest by 40 seconds, although Han Wei’s Haval retains a solid third overall. Kun even complained that he had lost time in Han Wei’s dust for over 100km. Frenchman Christian Lavieille was fifth fastest and remains in fourth. 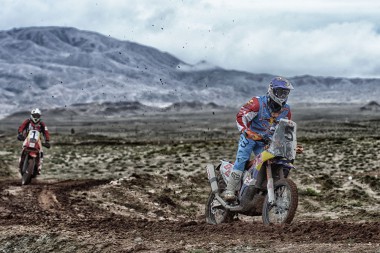 The 244.10km special started in cool and overcast conditions at Shazaouyuan and finished near the ancient Silk Road city of Qiaowan.

Su Wen Ming continued his impressive form to claim another motorcycle stage win for Jincheng. The Chinese beat Armand Monleón Hernandez by 11min 06sec, although the Spaniard riding a Red Bull KTM 450 Rally, heads into the final two days with an overall lead of 25min 42sec after a stressful stage by his standards.

“It was not my day at all,” said Monleón. “I had an accident with a police car in the race just before CP1. I lost my concentration after this accident.” 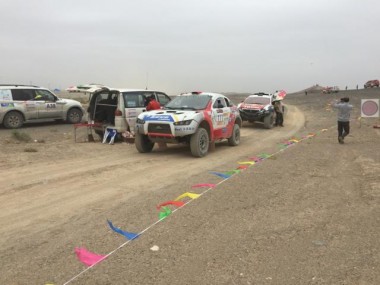 Adrian Di Lallo enjoyed the stage in the Red Earth Motorsports-run Isuzu MU-X. “We loved the first section and passed several cars, but then the road changed to a rough canyon track, so we eased back to preserve the car,” admitted the Australian, who holds 36th overall. “Then, we pushed at high speed along the next section of river bed. The stage finished with rough and rutted tracks and then wound through another canyon. We lost a little time in the dust of slower cars, but it was a good day.”

Tomorrow (Thursday), competitors tackle the penultimate stage of the China Silk Road Rally – a loop stage around Dunhuang. After a liaison of 142.41km, a selective section of 161.75km starts at Suo Yang Cheng and finishes in Hanxia. A link section of 66.35km then takes competitors back to the bivouac. 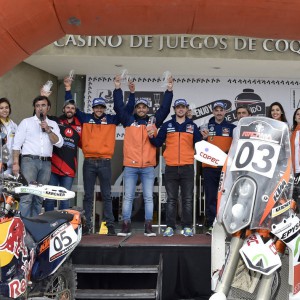