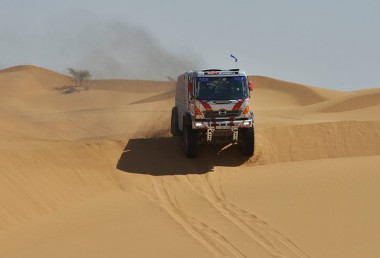 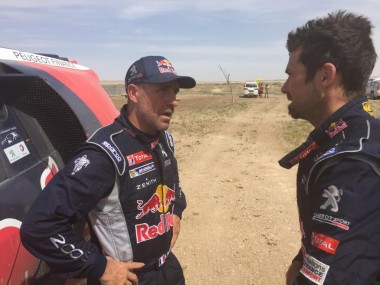 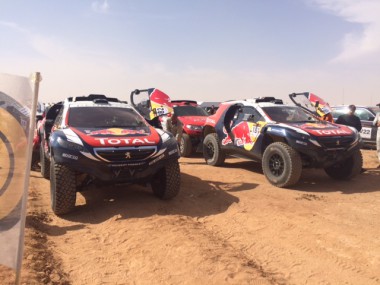 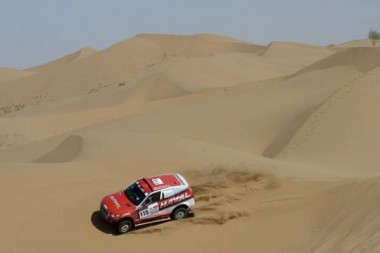 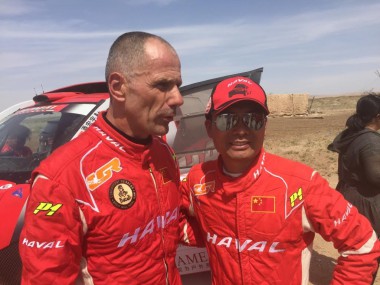 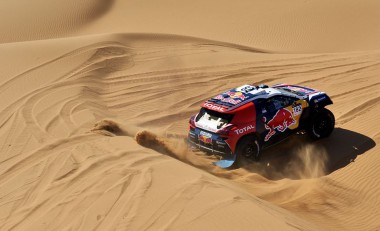 The French duo of Stéphane Peterhansel and Jean Paul Cottret extended their overall lead to nearly nine minutes, as competitors crossed the desolate wastelands of Inner Mongolia during the fourth selective section of the China Silk Road Rally, between Alxa Zouqi and Ejina Qi, on Wednesday.

The Peugeot 2008 DKR driver clocked a time of 1hr 48min 52sec on the tricky special stage and, as teams headed towards the overnight bivouac in the Populus Euphatica forest in Ejina Qi, the 11-time Dakar champion had managed to pull away from the two factory Havals of Christian Lavieille and Han Wei and Peugeot team-mate Cyril Despres.

“I took a higher rhythm today, but it was quite hard to see the tracks in the bright conditions and the road was difficult to read,” said Peterhansel. “We made no mistakes with the navigation either.”

Cottret added: “the navigation was quite tricky. The notes were very precise. The GPS is quite slow in changing the heading, so you have to be very careful and don’t go too fast when it is not so evident. It was a good day!”

Haval driver Christian Lavieille was third on the modified stage and the defending China Grand Rally champion was rewarded with a climb into an unofficial second place at the expense of Han Wei and Despres. The latter holds third overall in the second Peugeot after admitting to making a few small mistakes on the stage. Han Wei lost time with a small navigational error and recorded the seventh quickest time on the special.

“Finally a day with nothing bad,” enthused Frenchman Lavieille. “The track was quite nice. It was quite fast at the beginning, but it suited me perfectly. I like these type of tracks.”

Chinese driver Lui Kun continued his impressive move through the top 10 after first stage delays and propelled his Mitsubishi MPR11 to the fifth fastest time behind Buggy driver Fan Tingjun.

Armand Monleón Hernandez recorded his third successive fastest time in the motorcycle category with his Red Bull KTM 450 Rally, but the Spaniard was pressured throughout the stage by local rider Su Wen Min and only managed to win the shortened timed test by 2min 07sec.

Zhao Hong Ye was a distant third on a KTM 450 Rally and Zhou Tien retained third behind Jincheng Team colleague Su Wen Min with the fifth quickest time of the day.

Japan’s Teruhito Sugawara continues to make progress in his Hino truck and was classified in 28th position on the day’s stage. Australian Adrian Di Lallo (Isuzu MU-X) finished the special in 29th and Dutchman Jan de Mooij was 36th overall in his McRae Evolution.

A traditional folk show was put on by local authorities in Ejina Qi on Wednesday evening to welcome competitors and officials to the bivouac.

Tomorrow (Thursday), the route of the 2015 China Silk Way Rally heads out of Ejina Qi and across Inner Mongolia and the Badain Jaran Desert to an overnight halt at Alxa Right Banner.

A liaison of 198.60km takes teams to the start of a 271.73km selective section and another link of 304.10km   brings crews to the overnight halt at a horse racing course in the prefecture of Alxa Right Banner. 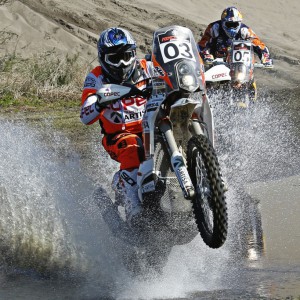 Stage 1 of the Atacama Rally was marked by victories of Chilean riders Pablo Quintanilla and Ignacio Casale. Hernan Garces...
Copyright 2011-2016 Rallyraid.net - RISE Network. All Right Reserved.
Back to top