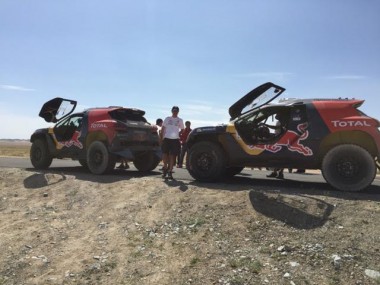 Chinese driver Lui Kun snatched an unlikely victory on the eighth selective section of the China Silk Road Rally between Alxa Youqi and Zhangye on Sunday.

The Mitsubishi Panda MPR11 pilot carded a time of 2hr 29min 52sec and that propelled him to the top of the day’s leader board, with Haval’s Christian Lavieille clocking the second quickest time to remain in fourth overall.

“It was a great day for us and we had a flat tyre,” said Lui Kun. “We didn’t see (Stéphane) Peterhansel, so I don’t know when we passed him, maybe in the dunes. I know this place. I can imagine for the Peugeot drivers, who come here for the first time, it must be difficult.” 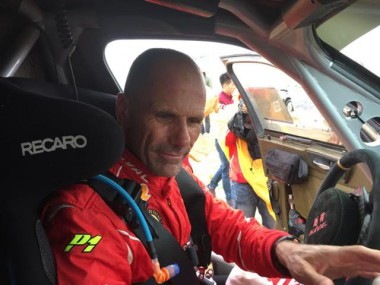 Lavieille was upbeat, despite losing time in a hole: “It was a great day. I got stuck in a culvert before CP2 and tried to get out twice. It was really deep. It took a lot of speed and I was in fifth gear to get enough speed to climb! I passed Peterhansel doing the same in reverse!”

The day’s 167.35km special started at Shazaohaizi and finished in the town of Tiekuang, before crews made their way, via a liaison of 178.83km, to the Marco Polo bivouac in Zhangye.

The two leading Team Peugeot Total 2008 DKRs of Stéphane Peterhansel and Cyril Despres avoided serious trouble on the demanding stage and the third and fourth times ensured that the French duo reached Zhangye in first and second in the overall standings.

“I saw lots of dunes today and those are really high,” said the rally leader. “Before CP2, we had to try twice to get out and we crossed paths with Lavieille. We had to deflate a lot to make sure we got out. It was a beautiful landscape and dunes. After CP2, it was quite tricky with some broken dunes.”

Despres admitted that his front suspension was a little too soft, but was relieved to reach the stage finish without major problems. “Before the CP2, David (Castera) told me to keep on the edge, so I didn’t go into the hole. It was okay. The stage was fantastic.” 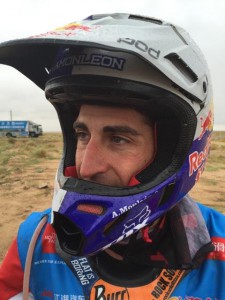 Armand Monleòn Hernandez was back to winning ways in the motorcycle category. The Spaniard guided his Red Bull KTM 450 Rally to the stage win and that enabled him to extend his outright lead over Su Wen Min to 38min 14sec. “That stage was awesome,” beamed Monleón at the finish.

The remainder of the top five held station, although there was plenty of drama on the special and Zhou Tien clocked the third quickest time on the second Jincheng.

Su Wen Min crashed once and Ho Ai Dong fell heavily and damaged his GPS. Zhou Tien got stuck in a hole on the stage and could only watch helplessly as Zhao Hong Yi arrived in the same spot and landed on him. Thankfully, neither rider was injured.

It was a disappointing day for the Australian Isuzu MU-X crew of Adrian Di Lallo and Harry Suzuki, who began the stage in 38th overall. After 38km of the special, the MU-X developed transmission trouble and lapsed into two-wheel drive.

“We were going well and pushing hard in a dry river bed when he hit a hidden rock quite hard,” admitted Di Lallo. “Initially, we though everything was okay until we discovered a few kilometres on, at the beginning of a dune crossing, that we had damaged a driveline component, leaving us with two-wheel drive. It was too risky to go on, so we took the decision to head to the bivouac to give the crew plenty of time to repair it.”

The Australian crew had been awarded a trophy the previous evening in Alxa Youqi for winning the T2 category in the three-day Alashan Desert Challenge.

Wie Hongjie began the stage in 43rd place with his Xiongfeng Buggy, but suffered a scare in the dunes. “I am very happy to get out of the dunes,” admitted the Chinese. “We had to stop for 15 minutes because the gearbox oil temperature was too high and we couldn’t change gear.”

Tomorrow (Monday), is a short day by China Silk Road Rally standards. A short liaison of 32.33km will take crews to the Zhangye stadium, where competitors will tackle a 2.01km super special stage that will feature in a live one-hour CCTV broadcast. Teams will then return to the bivouac to prepare for the next desert stage on Tuesday.