Some people think, car racing is easy: you are just sitting in your vehicle and so you don’t need to be so fit to be successful. The truth couldn’t be more different: physical preparation is important in all kinds of motorsport, but it’s especially so when it comes to cross-country rallies. The rough terrain, the heat, the long stages and the unexpected situations you need to cope with all require stamina and strength, so being imprepared can be not only bad for your result but even dangerous. Just imagine changing a 40 kg wheel in 40 degres… 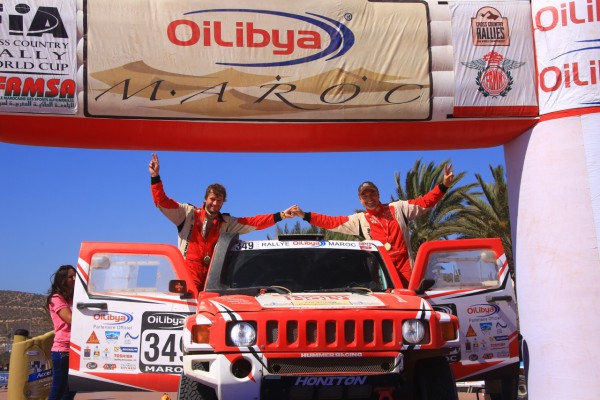 The crew of Buggyra Ultimate Dakar, Tomas Ourednicek and Pavel Vaculik take fitness as an important aspect of racing. “Of course, we take physical preparation very seriously. We both have a personal trainer and an extensive training program. As businessmen, it’s often not too easy for us to fit all those training sessions into our busy schedules, but we know that in cross-country rallies and especially in the Dakar physical fitness is literally vital.

People tend to forget about mental preparation, but it’s as much important as physical fitness. In 2009, for example, the fifth stage was horrible for us. That was the day of the first dunes, it was not easy, and we also had some small problems with the car. The next morning when we went to the start, it was delayed, and we had to wait in the sun for more than two hours, knowing that we had to go again into those stupid dunes. The waiting put our adrenaline out, and we saw the helicopters, one after the other, coming, carrying the broken bikes… It was very tough mentally, and you have to be prepared to deal with such situations because these can occur any time” Tomas Ourednicek says.

The time for preparation is almost over: in some days, on 2 January, together with all the competitors of the 2016 edition of Dakar Rally, Tomas and Pavel are going to drive through the start podium set up in Argentine capital Buenos Aires before tackling the first kilometres against the clock in the world’s toughest motorsport event. 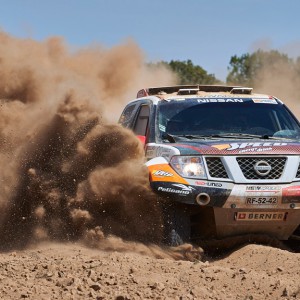 After a successful début at the 2015 Dakar Rally and a brilliant performance at the Spanish Baja Aragón, Ricardo Leal dos Santos...
Copyright 2011-2016 Rallyraid.net - RISE Network. All Right Reserved.
Back to top