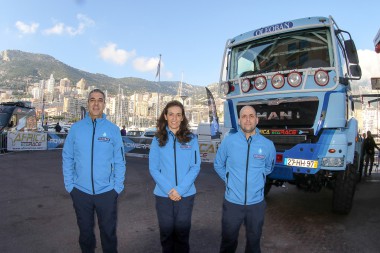 The Portuguese pilot Elisabete Jacinto has fulfilled the technical and administrative checks of the Africa Eco Race 2016 which took place today, and for the first time in eight editions, at the Principality of Monaco.

It was in a celebration environment that OLEOBAN® team accomplished the usual administrative and technical controls of the race. The team now goes to Sète, in southern France, where they will board the ferry that will take them to Nador in Morocco. The passage through the Mediterranean is done during the nights of 27 and 28. On the 28th the participants benefit from a last rest on the boat before the start of the race. In the dawn of December 29th the caravan arrives in Nador where is going to begin the first stage of the Africa Eco Race 2016.

To Elisabete Jacinto the preceding days of the start of the race are crucial to organize the last details: “The days before the rally are terrible. We run to conclude all the details which seem to have no end. And the fatigue starts to be a problem. However it is important to stay focused because much of the success of this rally is a result of its preparation” revealed the pilot.

Elisabete Jacinto participated for the first time in the Africa Eco Race in the 2010 edition. The experience was so positive that, until now, the team has remained in this event where the spirit of the mythical African competitions and adventure mix and give rise to a unique and challenging off-road race. Thus, the Africa Race became part of the curriculum of the Portuguese team who has made a successful path.

Elisabete Jacinto accumulated four podium places and is the only woman to adventure in this race in a truck. The pilot still managed an historic achievement in the edition of the Africa Race 2012 when she won a stage in general. The Portuguese got ahead of trucks and cars, among which included the buggy of Jean-Louis Schlesser, the winner of several editions of this competition. In 2015 she managed to achieve a victory in a special, ahead of the two Kamaz Russians who this year will also be at the start of the Africa Race.

On December 29th will take place the first special of this 8th Africa Eco Race. The route will consist of 613 kilometers of which 100 will be at the chronometer. For the special that will connect Nador to Jorf El Hamam, pilots will find stone tracks that are very common in Moroccan soil. The stage will end in Merada and pilots still have to face 463 kilometers of connection before they reach the bivouac which will be located near Erfoud. 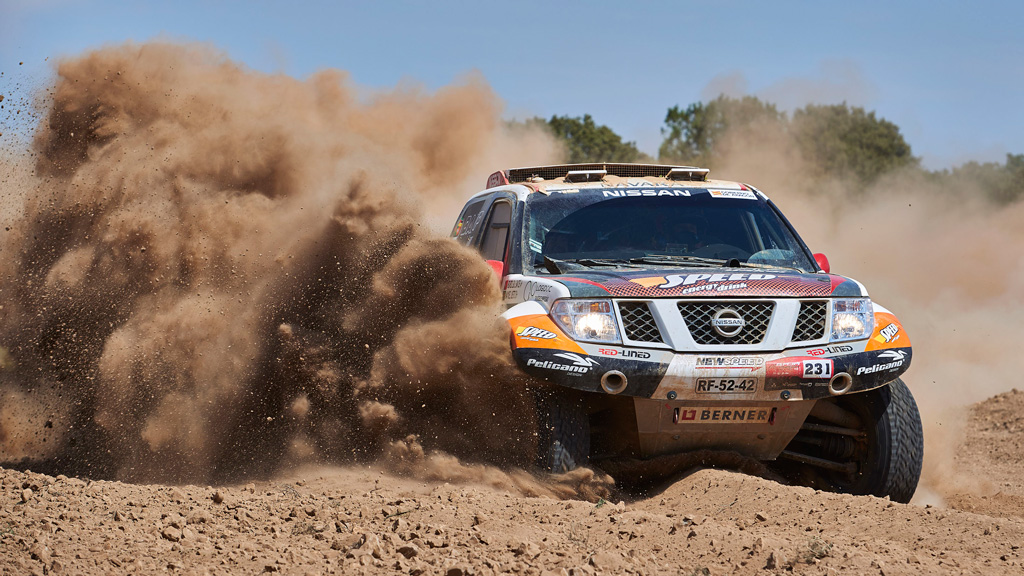 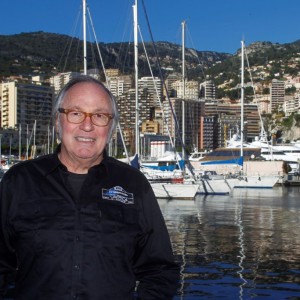 For the first time since the creation of the AFRICA ECO RACE in 2009, this impressive African Rally going from France to Dakar...
Copyright 2011-2016 Rallyraid.net - RISE Network. All Right Reserved.
Back to top