For the first time since the creation of the AFRICA ECO RACE in 2009, this impressive African Rally going from France to Dakar by driving on the tracks of Morocco, Mauritania and Senegal, will start from Monaco. For two days, Saturday 26th and Sunday 27th of December 2015, the Principality of Monaco will be home to 450 participants with their 200 off road vehicles for the last few checks before this wonderful adventure..

Jean Louis SCHLESSER, multiple times World Champion of the sport both as driver and constructor, six times winner of the AFRICA ECO RACE, has now decide to change sides and join the organization of this off road rally, will explain why he chose Monaco as a start point: 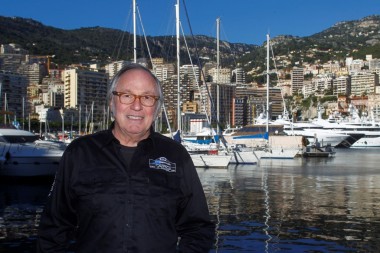 «Monaco is one of the legendary places of motorsport. Ever since I started in off road rallies, I have always dreamed that such a race would start from the Rocher. Unfortunately, that never happened, so I decide to do so with the AFRICA ECO RACE. For this, I was able to count on the help of the administration of the Principality who did their best to make the paper work issues easier. Didier and Kate from the STARS’N’BARS have also joined us into this adventure with the organization of the press conference to present the rally at the Deck in November and it will become the HQ for all the organization team, with the VIP area and the AFRICA ECO RACE goodies shop. The Monte Carlo Country Club also gave a positive answer by allowing us to use their installation for the technical and administrative checks. I think that during this festive season, the Principality of Monaco which is beautiful with its Christmas Village and the amazing Christmas lights will give prestige and magic to this event, which the participants, and especially the foreigner, should fall in love with the charm.»

As “the Boss” just explained, all the action will be happening in two main areas. The Monte Carlo Country Club first of all, where the installations will enable the technical and administrative checks of the vehicles and the people, and secondly the Quai Antoine 1er, where the race vehicles will be in the Parc Fermé awaiting the start flag. 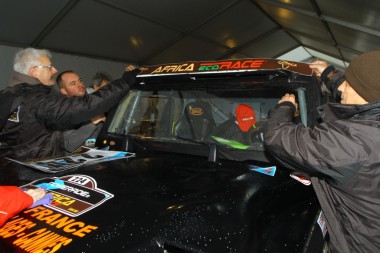 The first vehicles to arrive at the MCCC on Saturday December 26th will be the cars and trucks from the organization team as of 10am. As of 2pm the first competitors from the Bikes, Cars and Trucks categories will also get there checks done. It will take 2 hours per vehicle during which the scrutineers will check all the paper work and the equipments from both the driver and the co-driver. The vehicles will be fitted with security devices and will be fully inspected by the technical scrutineer from the FFM for the bikes and from the FFSA for the cars before been decorated with the colors and partner of the AFRICA ECO RACE. The last checks will start on Sunday December 27th at 12am.

As soon as the competitor receives the green light from the technical scrutineers for their vehicles and they get the green light from the administrative scrutinners, they will have a short drive to the Parc Fermé on the Quai Antoine 1er where the race cars will be there for the public to see until the start of the race at 2pm on Sunday December 27th at 2pm. It will be the only place in France and even Europe where the fans will be able to get up close to the cars and share stories with the team, some of which are legends in the Off Road Rally world.

Sunday December 27, as of 2pm, the animation will at its highest on the Quai Antoine 1er with the opening of the Parc Fermé and the start ceremony. It will be just like a parade, where one after the other, the bikes, cars and trucks will drive through the blow up arch a stone’s throw away from the normal terrace of the STARS’N’BARS. 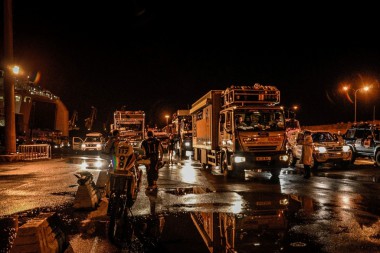 After this the hundreds of race vehicles will leave Monaco behind and head off to the port of Sète, in the French department of the Hérault, where the caravan will board a ferry to Morocco. After 36 hours on the water, the main briefing, the training with all the different technical navigation and safety equipments and of course the study of their first road book, the competitors will start the African leg on Tuesday December 29th in the early hours of the morning in Nador.

The adventure starts here with 5’957 kilometers of which 3’742 are timed stage on the African tracks, a rest day on January 3rd 2016 and the prestigious finish at the Lac Rose in Dakar on Sunday January 10th 2016.

SUNDAY 27TH DECEMBER 2015
– From 7am
Monte Carlo Country Club: Technical and administrative checks
Quai Antoine 1er: Parc Fermé
STARS ‘N’BARS: Official rally shop
A VIP area is reserved at STARS’N’BARS, facing out on the starting podium. Access is limited and a bracelet or a PASS are mandatory.
– From 2pm
Quai Antoine 1er: Official Start of AFRICA ECO RACE with animation 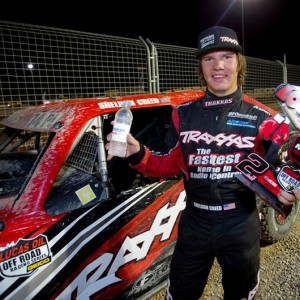 Robby Gordon's new teammate will be the youngest competitor in the history of the rally. At the tender age of 18, Sheldon...
Copyright 2011-2016 Rallyraid.net - RISE Network. All Right Reserved.
Back to top