VEB Racing will face up the “Africa Eco Race 2016” challenge! 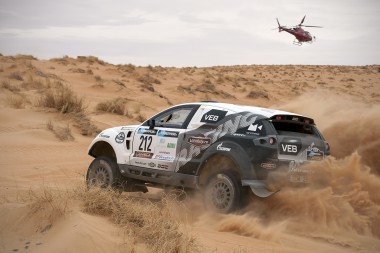 From December 27, 2015 to January 10, 2016 the team will face up the African off road terrain and strong rivals in two race categories.

In CAR category, the pilot Anton Grigorov will drive his proto OSCAR O3, T1.1., which successfully show its power and reliability during the last 5 years by reaching finish podiums of “Dakar”, “Africa Race” and “Silk Way Rally”. 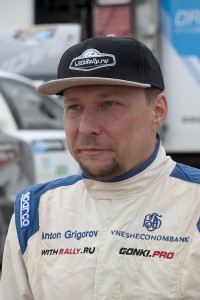 To the eighth edition of the African race, the car was seriously rebuilt and updated in workshop of the Latvian OSC team which is based in Ogre. The skilled Russian co-driver Roman Elagin, three-times winner of FIA World Cup, will assist Anton Grigorov during the “Africa Eco Race”.

“The African marathon both times of my participation in 2013 and in 2015 developed quite successfully, and results were good enough – Anton Grigorov notes, – but every time I left from there with feeling of “easy hunger”. After many races such happened, but in Africa it was shown especially brightly!

The feeling of a real sporting battle became most important for me last edition of Africa Race when I won one the race stage and its victory was bright and memorable for me, so for a new start and new challenge I will try to win the race.

Preparation goes on, both technical, and practical. We already passed a training program in sand and dunes in Arab Emirates and in our plans as well a technical practice in the workshop of OSC on car repairs in the conditions of race. I believe that the result will justify all our efforts!” 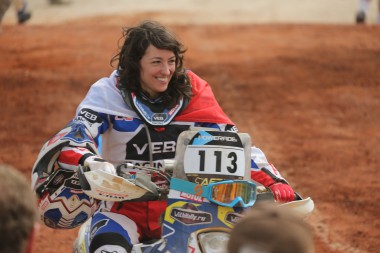 For Anastasia the African challenge will be her second marathon experience and Russian woman will try to improve last year’s result and be a strong contender in overall ranking of Bike classification.

“On the one hand, it is easier to approach the second marathon as it is already known in details about route of race and I prepared for it all this year, but on the other side, it is more difficult in the moments where it will be really heavy, for example in Mauritanian sand and dunes. Within participation in World Championship events in a season 2015 I saved up a wide experience on work with navigation, strengthened my psychological feeling, which is also very important for long races. With my team and mechanics we did a big job for better preparation of my HUSQVARNA 450FE bike. All year I regularly trained with personal coaches and accumulated my race kms on cross-country events. In sports goals for Africa Race I want to improve the last year’s result in the overall ranking and to defend the first place in female category“.

The two-weeks “Africa Eco Race” will depart from Monaco on December 27 and after bright European start ceremony continues its 6000kms route to Morocco, Mauritania and Senegal with magnificent finish on Lac Rose in Dakar on January 10, 2016.

The beauty in the beast: PEUGEOT 2008DKR reveals its Dakar racing colours 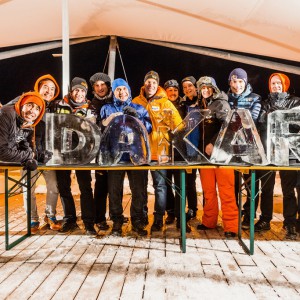 Just 31 more days to go until the Dakar will be started in Buenos Aires, Argentina. Consequently, the entire X-raid team...
Copyright 2011-2016 Rallyraid.net - RISE Network. All Right Reserved.
Back to top