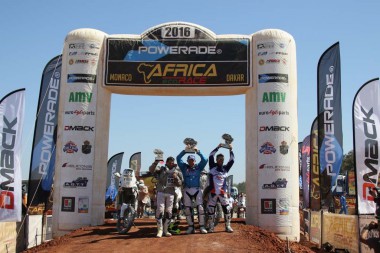 Traditionally the final stage at the Lac Rose does not affect the overall ranking of the AFRICA ECO RACE, as it is frozen right after the stage entering Senegal. Having said this, these last 22km in between the fishing village of Kayar and the Lac Rose is an opportunity for some to have fun or to shine one last time in front of their family and friends gathered around the finishing arch.

In the Bikes, Pal Anders ULLEVALSETER did not give up the opportunity to win yet another stage, giving him some more prize money, which the Norwegian will donate to the Fabrizio MEONI school here in DAKAR. The Viking finishes not far in from of the local boy Julien SANCHEZ, who manages to sign his best stage finishing position of the whole rally here at home in from of his many fans who came over from the neighboring holiday town of Sali. As for the third position it goes to Nobert DUBOIS, which is a sort of sign of relief of his goof performance compared to the stage when he abandoned his bike in the dunes because of a mechanical problem when he was 2nd in the overall ranking of the rally. 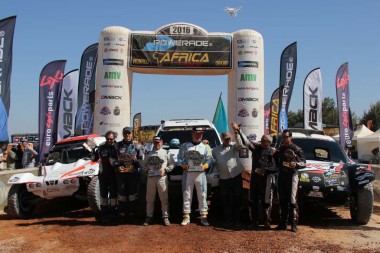 In the Cars, Philippe GOSSELIN used the full power of his OPTIMUS to win this last timed sector. The Frenchman finishes in front of the V8 Hungarian OPEL driven by Balazs SZALAY and the Portuguese NISSAN pick-up of Ricardo LEAL DOS SANTOS.

In the Trucks, Anton SHIBALOV was the fastest behind the wheel of his KAMAZ. The Russian takes the win in front of Miklos KOVACS in his powerful SCANIA, and Tomas TOMECEK completes the last stage podium of the rally.

As soon as all the competitors had finished this last leg and had arrived at the foot of the podium, the celebrations started for the podium places and all the other finisher of this 8th 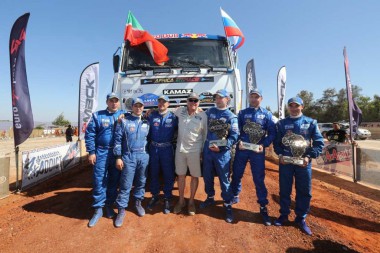 A friendly award ceremony with the bike title going to Pal Anders ULLEVALSTER with his KTM, winning his second AFRICA ECO RACE in a row, the car tittle going to Kanat SHAGIROV and his co-driver Vitally YEVTYEKHOV, who were second here in 2015, but dominated this year’s rally with their TOYOTA Overdrive, and finally the truck tittle going to Anton SHIBALOV, Robert AMATYCH and Almaz KHISAMIEV, who in 3 entries have won 3 times. 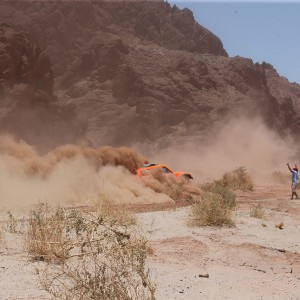 After a disastrous Stage 8 on Monday, Team SPEED teammates Robby Gordon and Sheldon Creed looked to come back with a strong...
Copyright 2011-2016 Rallyraid.net - RISE Network. All Right Reserved.
Back to top