Dakar – The PEUGEOT 2008 DKR doubles up on stage wins! 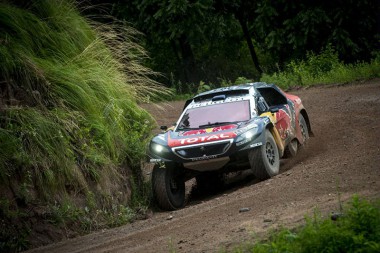 After a one-two yesterday, the Team PEUGEOT Total take the first two places in the third leg of the 2016 Dakar.  The total competitive distance of the third stage today was reduced from 314 to 190 kilometres, due to the first part of the route being too badly damaged to use as a result of the recent bad weather.

Sébastien Loeb and Daniel Elena won the stage once more. It was a performance that was made all the more remarkable as the crew was opening the road for the first time. The duo have now consolidated their overall lead with an advantage of 5m03s.

Following their problems yesterday, the crew of Carlos Sainz and Lucas Cruz pushed hard today. They started the stage 14th on the road and ended it with the second-fastest time, just 1m23s behind their team mates. As a result, Team Peugeot Total has claimed its second consecutive one-two Dakar stage finish. All four PEUGEOT 2008 DKRs were in the top 10 stage times today, with Stéphane Peterhansel/Jean-Paul Cottret classified sixth and Cyril Despres/David Castera 10th. All four cars are also in the overall top 10. 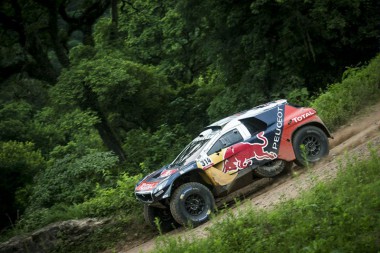 Tonight the mechanics will prepare the four Peugeot 2008 DKRs for the marathon stage tomorrow. At the end of Wednesday’s Jujuy-Jujuy loop, the cars will go straight into parc ferme, with neither the crews nor the mechanics allowed to service the cars. It’s a formidable test of reliability.

Sébastien Loeb (PEUGEOT 2008 DKR n°314), stage winner
“We had a lot of fun on that stage. I thought the times would be very close so I pushed hard. Everything is going well for the moment and I’m enjoying this Dakar: we’ve had two good days. The car is working well and it’s very competitive. I’ve got a very good feeling on this type of road but it’s going to be different when we get to some other types of stages, with long distances and intense heat. I’m not so familiar with this type of territory, so we’ll see what happens.”

Carlos Sainz (PEUGEOT 2008 DKR n°303), 2nd on the stage
“It was another good performance for us, even though it was once more a difficult day. At the start of the stage we were right in the storm, so we had to drive in mud for about 60 kilometres. As soon as the stage dried, I found myself in Yazeed Al-Rahji’s dust. I eventually managed to get past him, but then there was another storm at the end of the stage.” 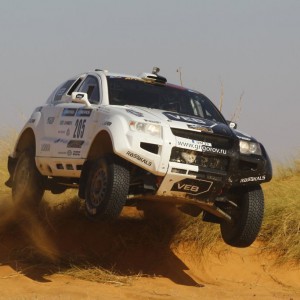 After an afternoon spent doing the papers for the visa, which to simplify the Mauritanian border crossing were installed...
Copyright 2011-2016 Rallyraid.net - RISE Network. All Right Reserved.
Back to top