The crew of Buggyra Ultimate Dakar had a very long day on Friday: the penultimate day of the 2016 Dakar Rally between San Juan and Villa Carlos Paz was 931 km including a 481 km special. Tomas Ourednicek and Pavel Vaculik scored they best result so far, a 32th time, thus climing up to 46th place overall. The result looks even better taking into account the difficulties that the crew had to face… 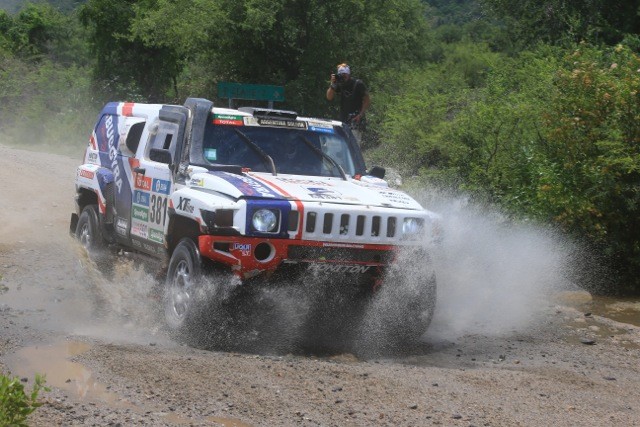 “It was a great stage! Really beautiful, with a lot of spectators everywhere. It was extremely long, but absolutely enjoyable. When we started, it was quite dusty, but soon came the rain and after that we were able to pass two cars. The next moment all electricity in the car was out. You can imagine how we felt… I checked all connectors, and it turned out that the problem was the main connector.

We tried to push it again and again and finally we were able to restart. After that everything was OK, we drove quite fast, we were able to overtake some cars, including an Overdrive Toyota and a Mini, but then suddenly the engine lost power. We were able to drive on, but at a very slow pace. We thought it was the end of our Dakar, one day before the finish…

Then, after about two minutes it started to work fine again. We don’t know what happened because we found all temperatures and pressures to be alright, maybe the problem was caused by the water crossings. Our result today is the best so far, and only one more day is left, so keep your fingers crossed for us tomorrow!” Tomas Ourednicek said on arriving to the bivouac.

The two trucks of Tatra Buggyra Racing also had a successful day in the penultimate stage, Jaroslav Valtr finishing 4th and Martin Kolomy clocking the 9th time. In the overall classification Valtr occupies the 8th position with the ‘Phoenix’, while Kolomy is 17th with the ‘Fat Boy’.

Tomorrow will be the last day of the 2016 Dakar, with a total distance of 699 km from San Juan to Rosario. The ultimate special of the rally will be only 180 km long, but the twisty and varied route requires perfect concentration up to the last metres. 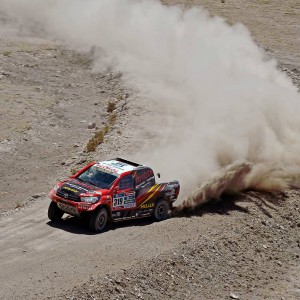 With the stages on Dakar 2016 unwinding, the crews tackled the final off-piste stage of the race from the Argentine town...
Copyright 2011-2016 Rallyraid.net - RISE Network. All Right Reserved.
Back to top