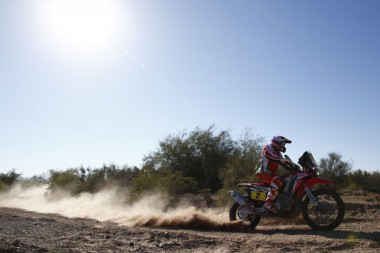 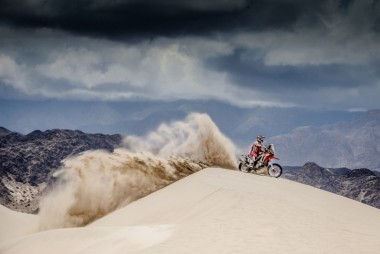 Paulo Gonçalves was forced to retire from the stage between La Rioja and San Juan today after a serious crash that led to the rider being airlifted to safety. The hopes of Team HRC, now without its top riders, rest in the hands of Dakar debutante Ricky Brabec, Paolo Ceci and the Honda South America Rally Team, who the team are supporting.

The eleventh stage was marked out in the roadbook as a day for attacking. Team HRC’s Paulo Gonçalves, at least, interpreted it that way and set out this morning with conviction, hoping to whittle down the advantage that the front runners held over him. Nevertheless, 118 kilometres into the timed section, the Portuguese rider fell heavily, suffered concussion and had to be airlifted by helicopter to the hospital in San Juan. After a thorough medical check and scan, doctors determined that the blow had resulted in neither fractures nor any serious consequences.

Team HRC’s remaining competitors in the race Ricky Brabec (USA) and Paolo Ceci (Italy) completed the special stage at a swift pace. Brabec continues to rub shoulders with the top ten rally elites, while Ceci had his work cut out starting from way down the field at La Rioja this morning. The Italian spent the day clawing back positions. By the time the competitors had crossed the finish-line in San Juan, he had made it into the leading thirty.

The red-hot youngsters at Honda South America Rally Team continue to excel and with just two days to go are firmly entrenched in the top ten. Argentinean Kevin Benavides sits fifth overall and the rider chosen by Honda Brazil, Frenchman Adrien Metge, is tenth. The future is looking bright for the team. 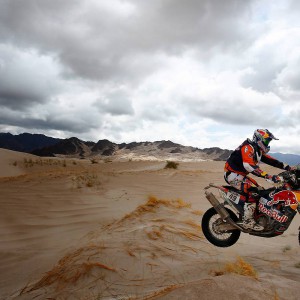