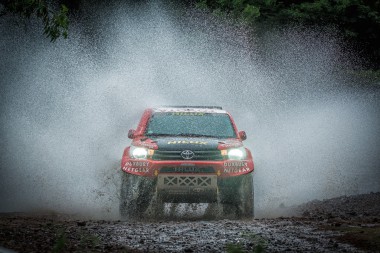 As the support crews and staff relocated to the Bolivian town of Tajita on January 6th, the competitors in Dakar 2016 tackled Stage 4 – a 429 km loop at altitudes peaking over 4,000 m. Not only that, but Stage 4 was also a marathon stage, which means that the crews will have to take on Stage 5 on January 7th without the benefit of service in between. For Toyota Gazoo Racing Stage 4 proved a stern test, especially given the high altitudes.

The best performing Toyota Hilux on Stage 4 was that of Yazeed al Rajhi and navigator Timo Gottschalk, who posted the 6th-fastest time of the day. Their time was just under six minutes slower than the stage-winning time of 03:42:42, set by former Dakar winner Stephane Peterhansel (Peugeot).

For Leeroy Poulter and navigator Rob Howie in the second Toyota Gazoo Racing SA Hilux, the Stage 4 started with a small navigational error. The pair lost two minutes early on, but rallied to maintain their position, posting the 7th-fastest time in the process. They finished the day just 16 seconds behind teammates Al Raji/Gottschalk.

Dakar veterans Giniel de Villiers and navigator Dirk von Zitzewitz started the day in second place overall, after a good day inside their Toyota Hilux on Stage 3. The pair ran at their own pace on Stage 4, but lost 08:34 over the stage winner. They dropped to sixth place overall as a result, but are confident going forward in the two week-long race.

Because Stage 4 was classified as a marathon stage, feedback from the race crews was limited. To make matters even more challenging, not even the race crews themselves were allowed to service their vehicles over night, and will have to tackle Stage 5 trusting that their race cars are ready for the 327 km dash up to the high altitudes of Uyuni, in Bolivia.

Stage 5 also marks the start of a series of three stages in Bolivia, all run at extremely high altitudes, before the Dakar returns to Argentina on January 9th. The return to Argentina, however, doesn’t mean that the race becomes any easier. Several stages with hair on their chest await the crews, including Stage 10, featuring the fearsome dunes of Fiambalá.

De Villiers up to second place on Dakar 2016 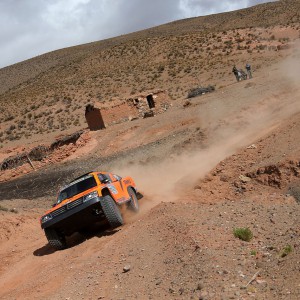 Robby Gordon in his quest to become the first American to win the Dakar Rally, overcame two days of horrible course conditions...
Copyright 2011-2016 Rallyraid.net - RISE Network. All Right Reserved.
Back to top