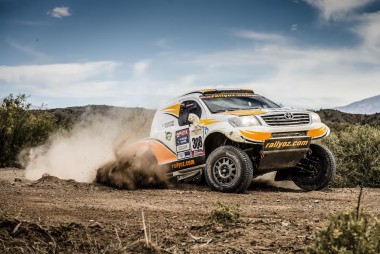 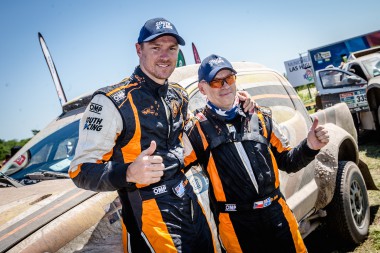 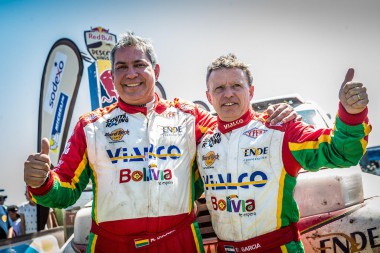 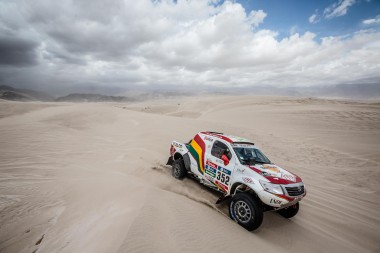 Bulacia and his Argentinean navigator Ruben Garcia gradually climbed the leader board as the rally made its way through Argentina into Bolivia and back across the Andes mountain range for a final few days in the heat, sand and dust of northern Argentina. They completed the final stage in 26th position to confirm an impressive 21st in the final standings.

“It was a great race for me, Ruben and my country,” enthused Bulacia. “To be able to reach the finish in such a good spot is fantastic. Ruben did a faultless job and I would like to thank the team, my mechanics and all the people who supported us. We are looking forward to more races in the future.”

Jerie was partnered by fellow Australian navigator Dale Moscatt for the first time and followed up his success in last year’s Dakar Series to reach the finish podium in 32nd.

“It has been a funny Dakar and not a conventional one,” admitted Jerie. “But we are happy to be here at the finish in Rosario. It was my first Dakar with Dale and he was magic and gave his all. The blisters on his hands are proof of that. We had no problems with the car during the stages and that is a testament to the hard work of our mechanics.”

Bulacia and Jerie started the rally strongly and held 26th and 33rd overall at the event’s traditional rest day at Salta in northern Argentina. Torrential rain, thunderstorms and modified stages were a thing of the past as the route headed south and competitors had to deal with a totally different threat from the elements over the final few days – temperatures that soared to the high forties Centigrade around the La Rioja and San Juan regions of north-western Argentina.

Bulacia began the demanding loop stage through the dunes around Belén from 25th and finished the special in an impressive 19th place to move up to 21st overall. Jerie climbed a place to 32nd soon after the rest day, but slipped back to 33rd overall after the punishing heat and treacherous sand of the special stage out of La Rioja.

The duo were classified in 21st and 32nd into San Juan and held similar positions after the longest day of the entire rally into Villa Carlos Paz, positions they held to the finish.

DMAS South Racing was also involved in running a pair of Ford Rangers in a joint venture with the Spanish company Esponsorama. Former WRC star Xavier Pons and Chilean driver Daniel Mas Valdes drove the two cars and reached the finish in Rosario in 30th and 35th overall. It meant that all four South Racing cars reached the finish.

“It was a great race for the team and to be able to bring all the cars to the finish is a wonderful achievement,” said South Racing’s team director Scott Abraham. “The crews did a great job, but the heroes of the race are the mechanics, store men, logistics personnel and our race support crews in the T2 and T4 vehicles. I cannot express how proud I am to have such a team, who really are a family. I also thank all our partners for their support.” 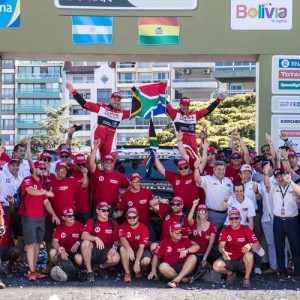 The thirteenth and final stage of Dakar 2016 may only have been 180 km long, but what it lacked in distance, it made up for in suspense....
Copyright 2011-2016 Rallyraid.net - RISE Network. All Right Reserved.
Back to top