On the occasion of a visit to the Kamaz factory in Tatarstan, the President of the Russian Federation Vladimir Putin met the Director of the Organization of the Silk Way Rally, Vladimir Chagin, and assured him of his interest in the race. He was keen to know the progress of the project and wished the organization the best possible success. 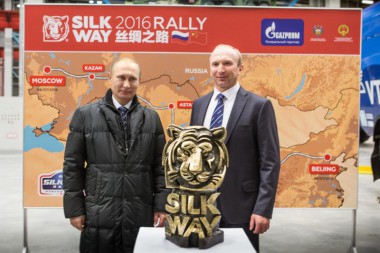 During an official visit to Tatarstan, Russian President Vladimir Putin visited the Kamaz factory to celebrate the 40th anniversary of the first truck built by the blue horse firm. This visit allowed him to meet Vladimir Chagin, Director of the Organization of the Silk Way Rally 2016. An occasion which took Vladimir Putin to express his interest in the event and to enquire about the progress of the preparation of the race, linking Moscow to Beijing next July.

After recalling the work already done, Chagin told the Russian President about the enthusiasm met by the project at an international level, before showing him the new visual identity of the Silk Way Rally. He then explained him the outlines of the 2016 edition, including the title-partnership of the great Russian company PJSC “Gazprom”. An interview after which Putin positively assessed the whole project as well as the overall progress of the preparation of the Silk Way Rally 2016, also supported by Kazakhstan and China and was keen to wish the whole organization every success in its implementation.

The 2016 Silk Way Rally will start from the Red Square in Moscow on 8th July and will offer competitors a race lasting several thousands kilometers through the majestic landscapes of Russia, Kazakhstan and China, before reaching the heart of Beijing on 24th July.

The Netherlands are enthusiastic about the 2016 Silk Way Rally! 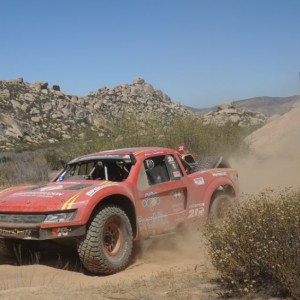 Celebrating another decade of excellence, seeing if a celebrated Mexican racer can win four straight years as well as starting...
Copyright 2011-2016 Rallyraid.net - RISE Network. All Right Reserved.
Back to top