Luc Alphand: “I have always been driven by adventure” 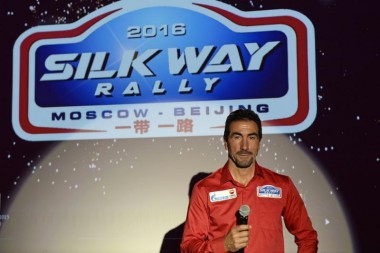 The new member of the Silk Way Rally Organizing team, Luc Alphand has enjoyed one of the finest and most certainly eclectic careers among French sportsmen. Now he is diving in with both feet in his role both as an Ambassador as well as technical and sporting advisor for the rally. The 1997 World Cup Ski Champion and winner of the 2006 Dakar takes a moment from his hectic schedule to tell us how he is taking on this new adventure with his trademark verve and enthusiasm.

Luc, joining the Silk Way Rally Organization is a new challenge for you and how is this fitting in to your very full calendar this winter ?

“Oh yes ! Between trips to Argentina then the skiing World Cup in my role as a consultant for French television, but I also work with several major brands, as well as hele-skiing events all over the world, yeah, I haven’t had a lot of down time. It was a real challenge for me to add my new mission in the Silk Way Rally to all these other activities that were on my calendar for quite some time. There was no way I wasn’t going to be involved right from the start; from following the first reconnaissance in Russia, then doing those in China next month, and taking part in the different presentations of the rally. All the work done behind the scenes is something that I have a lot of interest in. I have always been driven by adventure, but on condition of doing things right and this is the case.”

Would you have like to have competed on this rally ?

“Of course ! I would have loved to have done this race as a driver but, since my accident, I can no longer race. I am thrilled to be able to be a part of this rally, in the organisation team and discover it from behind the scenes. It is a challenge that interests me a lot, especially since I’ve never been to this part of Russia or Kazakhstan, let alone China.”

What are you looking to bring as a technical and sporting advisor to the Organisation of the 2016 Silk Way Rally ?

“Firstly, we must remember that everyone in the organisation team is ultra-competent and does a brilliant job in making sure the rally runs without a problem. The Silk Way is a big machine in terms of organization. I see my role as being very simple : I have a ton of experience as a former professional driver, but also in the media.

I am counting on making this experience accessible to the competitors. For example : promoting media access to the pro drivers or highlighting certain amateurs. And then, of course, I intend to be a link between the organizers and the factory teams in the bivouac to anticipate their needs.

On the competition side, Vladimir Chagin and Frédéric Lequien have a really interesting approach, we talk a lot about the difficulty of the route, they are enthusiastic conversations, and we put ourselves in the place of the competitors from all the categories ! Even with a demanding route, you must be sure that everyone has a chance.”

How is all of this different experience beneficial in the work prior to the rally ?

“For now, I am primarily working as an Ambassador of the rally. To be honest, it isn’t very difficult, because all the competitors that I’ve met have told me about their great enthusiasm for the 2016 Silk Way Rally ! There are so many that want to return to the origins of the sport, adventure and wide-open spaces, which is what the Moscow -Beijing route proposes. It speaks for itself !”

What is the spirit of rally-raid ?

“The rally-raid spirit is discovering new terrains and new countries. This is exactly what we are offering to all those who love this type of event, as many have never been to these countries. There is a real interest in this new rally, both with the competitors and media. On the technical side, I am active in defining the rally route so that the level of difficulty will be elevated and demanding, because the harder a rally is, the more the competitors are satisfied to finish. Once again, the professionalism and competence of the organizing team doing this work is impressive. They know very well what to offer rally-raid drivers to make them happy. The multitude of opinions makes it faster to find the right level of difficulty; I will use my experience to bring a little more, especially during the upcoming reconnaissance in China.”

Four months prior to the start in Red Square, what advice can you give to future participants in the 2016 Silk Way Rally ? What do they need to pay attention to now ?

“The first thing all the non-factory drivers have to think about is finalizing their budget because once that is done, they’ve done the hard part. This is true only in part because it is important to conceive the project, to have a well prepared vehicle that suits you, and the best possible assistance team. But it is very important not to ignore the physical dimension of a two-week rally like this one. My advice to competitors four months prior to the event is not to overlook physical preparation. Preparing for a rally at this level is a package. It is useless to start the rally with great equipment only to drop out a few days later because you can’t handle it physically. Run in the summer, the long stage of the 2016 Silk Way Rally will take their toll on the competitors, so it is all too important to be physically fit for two weeks. The rally will get tougher from one day to the next, and the difficulties will have to be overcome just until the finish line.” 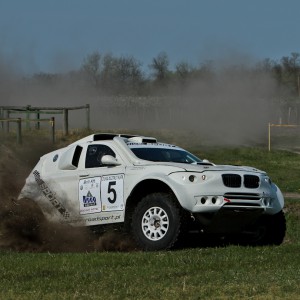 The 2016 Hungarian Cross-Country Rally Championship starts with Duna Aszfalt Cup in Bugac on 18-20 March. Since the event...
Copyright 2011-2016 Rallyraid.net - RISE Network. All Right Reserved.
Back to top