One thing was in order: everything!

The crew of Sólyom Team, Olivér Sólyom and Mátyás Galbács finished first in Duna Aszfalt Cup. As an exception, in Bugac they started with the HAWKIA in category TH, because their Nissan wasn’t ready for the race. The crew didn’t get discouraged that they had to start with the old car and taking the task seriously, they won their category with flawless racing. 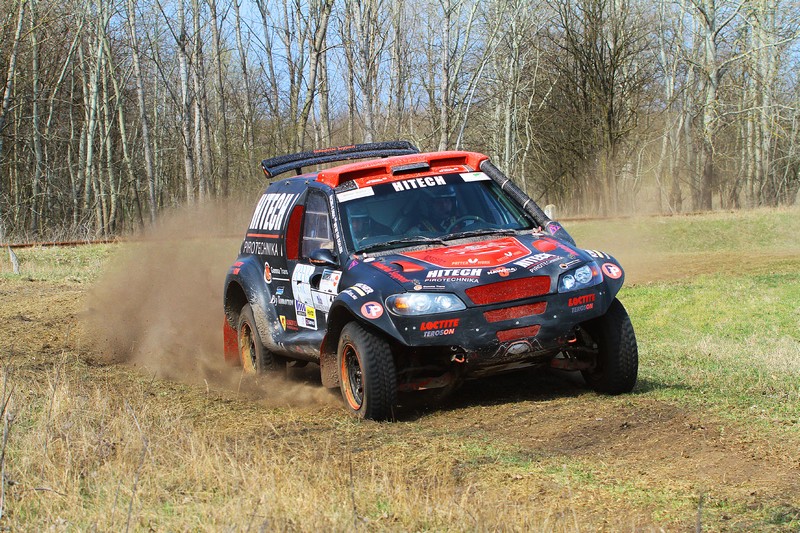 In Friday’s 11 kilometre long Superspecial it turned out that the sand near Bugac is no joke and keeps the car back seriously. So rethinking the tactics for the weekend, a completely different idea turned up for completing the rest 330 kilometres. Due to the new tactics, by the end of the first 109 km long special the 4 seconds disadvantage turned into 14 seconds advantage. Then in the last 3 kilometres of the second special the crew caught up with car #17 who didn’t take into account the multiple signals and in the proper moment they held the crew of Sólyom Team up in a way that the Kia got stuck 1.5 kilometres from the finish line. The crew spent 6 minutes 20 seconds stuck in the sand.

Olivér Sólyom: “I really enjoyed the day! It’s been a while – I don’t know how many years – since I’ve last said that the organisers prepared a perfect race. Each and every metre of it was enjoyable, real cross-country rally. Then our game was spoiled.
We always thought that if was caught up with us, he was definitely faster than us, by at least two minutes. Actually it’s no use to hinder the overtaking, or block the faster vehicle. I expected that these experienced big shots, along similar thoughts, let us pass. It didn’t happen so, not even when we were right beside them. To increase fair play even further, after a step-up, they braked hard, and so, to avoid a crash, we also stopped. Unfortunately this happened at the blind spot of the already damaged step-up, so we got stuck when we tried to restart. We reported the case to the stewards, but late in the evening we received an unfavourable decision – in order to protect fair play on the track they weren’t penalised. I think the background of the decision was to bring back the circumstances before the signalling system, the fight between drivers that is for me alright. Let tempers out!”

Mátyás Galbács: “This whole case was interesting. I’d like to add, that I wanted to use the signalling system but Olivér didn’t allow because he didn’t want to disturb them unnecessarily, only when it was sure we could overtake. It turned out that the sound of the signalling system wouldn’t have disturbed them earlier either. Nothing disturbed them.” 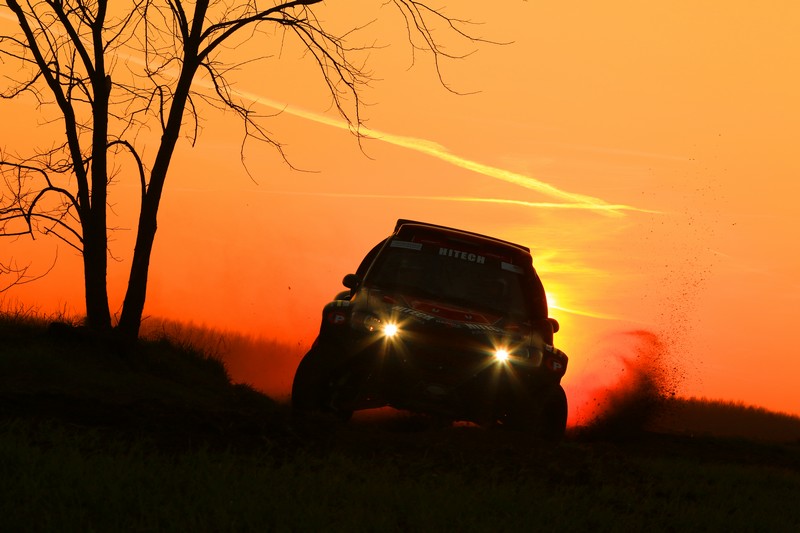 On Sunday morning, when they realised the 4.5 minutes disadvantage, the crew’s anger lead to new tactics again. This was a bit risky but even more aggressive. Then after the start they had to adapt themselves to the new events. The many years’ experience allowed the crew to make an instant decision after short consideration, and this lead to their category victory.

Olivér Sólyom: “I don’t know, what were the intentions of crew #17 when they waited for us. Maybe the promise I made to them in the parc ferme in the morning confused them, or they just wanted to argue, I don’t know. Then they followed us for a while. I quickly discussed with Matyi my observation, and we agreed on changing rhythm immediately. In the end this paid off for us.
During the whole weekend, we had almost no technical problems, and those were repaired in no time by our fantastic mechanics. I’d like say special thanks for taking everything with the biggest professionalism. I am also very happy for having such a great track finally in cross-country rallies. There should be more of this kind of events, and cross-country rally would flourish again in Hungary. The most important is that only one thing was in order during the weekend: everything!”

Mátyás Galbács: “Checkmate! The organisers prepared a very active race for us. I haven’t have so much to do in a rally for a long time, I had to pay very close attention for the navigation, even the slightest loss of concentration would have been enough to have big problems. We enjoyed driving in this rally, the result is only the cherry on the cake.”

Start of a new series 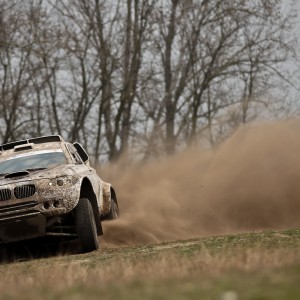