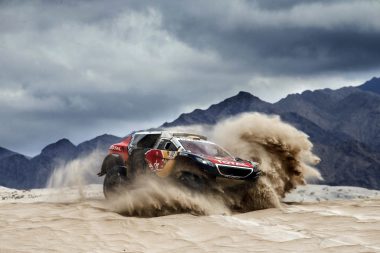 Buoyed by its most recent Dakar victory, Team Peugeot Total is preparing to embark upon a new challenge – that of taming the formidable Silk Road by competing on the Silk Way Rally, an event that traces a famously gruelling route from Moscow to Beijing. Just under a year on from the China Silk Road Rally – which saw Peugeot claim a one-two finish – and following the 2016 Dakar Rally that was won by Stéphane Peterhansel/Jean-Paul Cottret, Team Peugeot Total is preparing for more cross-country rally action in China.
Off the back of its Dakar victory in January, Peugeot is preparing to take on another colossal challenge in the form of the legendary Moscow-to-Beijing Silk Way Rally (July 8-24, 2016).

For its Silk Way Rally debut, Peugeot will run three of its four crews behind the wheel of the potent PEUGEOT 2008 DKR.

– Stéphane Peterhansel – the most successful driver in world-class cross-country rallying with 12 Dakar wins to his name, as well first place in the 2015 China Silk Road Rally – will be navigated by his loyal sidekick Jean-Paul Cottret as he bids to conquer an event on which victory has so far eluded him.

– Cyril Despres – a man with five Dakar motorbike wins on his career CV – and co-driver David Castera finished second in China last year and seventh on this year’s Dakar. They will be keen to consolidate their encouraging progress.

– Sébastien Loeb and Daniel Elena, Team Peugeot Total’s newest recruits, took part in the 2015 Rallye du Maroc before stealing the show on their maiden Dakar appearance earlier this year. They will use the event to gain more cross-country rally experience in extreme conditions.

In its early years, this cross-country fixture did not venture beyond Russia’s borders, with the exception of its very first edition (2009) which briefly visited Turkmenistan. Current Team Peugeot Total driver Carlos Sainz won the event in its first two years. In 2011, Stéphane Peterhansel finished second. Following a two-year hiatus in 2014 and 2015, this year’s Silk Way Rally will visit three different countries (Russia, Kazakhstan and China) via a 10, 000km route featuring 4, 500 competitive kilometres divided into 15 stages. Further details of the route will be revealed over the coming weeks. 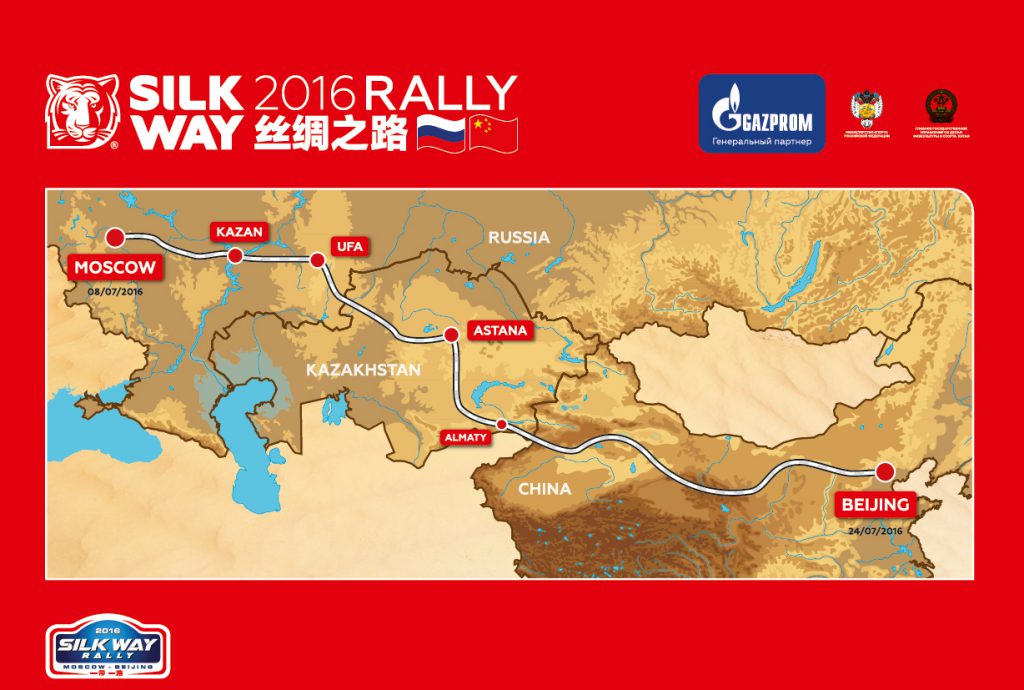 Bruno Famin, Director of Peugeot Sport
“This is another extremely exciting event for us. It looks like we will have some breath-taking scenery and a challenging, varied route. We have no prior competitive experience in either Russia or Kazakhstan but we expect to find portions in China that are similar to those we visited last year. It promises to be an event that tests both our human and sporting strengths to the absolute limit, and we are delighted to be tackling the Silk Way Rally for the first time. We will approach this new challenge with all due humility and respect. That said, following our Dakar success earlier this year, it goes without saying that our sights will be set on victory.”

Technological upgrades
The three Peugeot 2008 DKRs entered for the Silk Way Rally all contested the 2016 Dakar and will incorporate several evolutions aimed at overcoming issues that arose on January’s event in South America. The major change – and one of the most challenging – will be the integration of air conditioning into the cars. 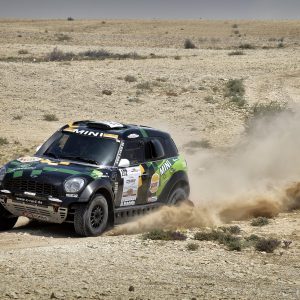 Just about a week after the very good result in the Abu Dhabi Desert Challenge, three MINI ALL4 Racing pairings and the buggy...
Copyright 2011-2016 Rallyraid.net - RISE Network. All Right Reserved.
Back to top