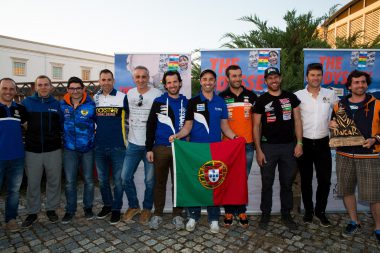 During the running of the Portuguese championship, experienced riders and those of the future were able to meet with Marc Coma at a presentation for the 2017 Dakar. Particularly involved, the younger competitors will soon be hard at work on the Merzouga Rally at the end of the month, as will Helder Rodrigues and Ruben Faria…

The Portuguese cross-country championship is the starting point for a career that could then take on a global dimension, as has been the case for the likes of Paolo Gonçalves, Helder Rodrigues and Ruben Faria. All three have stepped onto the Dakar podium during their career among the sport’s best. Yesterday, after having crisscrossed the tracks towards Reguengos de Monsaraz on the prologue, a good 100 or so kilometres from Lisbon, the young hopefuls as well as experienced riders on the Portuguese racing scene got the chance to chat with Dakar Sporting Director Marc Coma about the route of next year’s edition, which was announced this week. In addition to the start of the Dakar in Asunción, Paraguay next January, the five-time Dakar winner also gave a few indications to the many candidates that have chosen to compete in the Merzouga Rally, in less than a month (21-27 May). Ruben Faria is doing just that, following Heder Rodrigues in announcing his participation in the Moroccan event: “I have spent some time recovering from my hand injury that I suffered on the Dakar, but I will be ready to return to competition on the Merzouga”, details Faria who will meet up with many of the riders he ran into this weekend. Among the Portuguese hopefuls are David Megre and Luis Portelas who will be serious contenders for the Dakar Challenge prize at Erfoud. Also present at the weekend in Reguengos, British rider Max Hunt, the brother of rally competitor Harry Hunt, who in January finished his first Dakar in 10th place in the car category. Next stop Merzouga… and who knows, why not Asunción!! 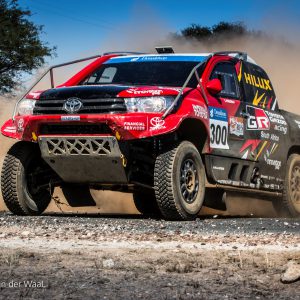 If you fancy a flutter now and again you might consider placing a few shekels on the Toyota Gazoo Racing SA pair of Leeroy...
Copyright 2011-2016 Rallyraid.net - RISE Network. All Right Reserved.
Back to top