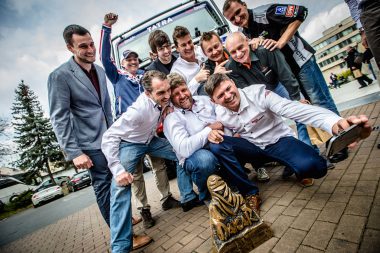 The Dakar Tour stopped in Prague today, where organisers got a glimpse of just how strong the Czech rally-raid scene is, represented by Loprais and Machacek but also by a newcomer to the discipline, Martin Prokop…

In the long history of the Dakar, some countries can be thought of as pillars… and that is the case of the Czech Republic with two competitors that have racked up 11 wins: 6 truck titles for the pioneer Karel Loprais between 1988 and 2001 and 5 for Josef Machacek between 2000 and 2009. The superstars have passed on their passion with great effectiveness because the number of Czech entries nearly doubled between 2015 and 2016 (17 > 31). They all turned out to listen to Marc Coma give his first indications about the 2017 route during a presentation held this morning in Prague. Among the many newcomers last January, the one who stood out the most was Martin Prokop, who made a name for himself in the WRC before taking on the Dakar with just as much enthusiasm as seriousness (14th): “I came to live out a dream, but also to start a long-term project”, Prokop says. “Besides on the next edition, I will come with my own team and we will run two cars.” These are busy times for the truck racers in the Czech Republic, because in addition to Ales Loprais, Martin Kolomy and Martin Macik, a new contender for a top finish, two-time European circuit champion, David Vrsecky, will return following his maiden experience as a co-driver in 2011, with the Tatra Buggyra Racing team. After two attempts in a car (withdrawals in 2014 and 2016) Josef Machacek will be back on a quad next January. Aware of the stiff competition he will face from the Patronelli brothers, the former class dominator will begin to refine his riding skills on the Merzouga Rally at the end of the month. 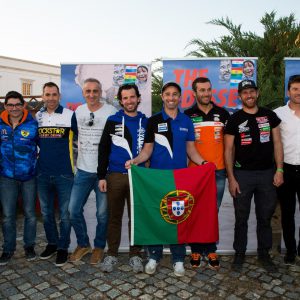 During the running of the Portuguese championship, experienced riders and those of the future were able to meet with Marc...
Copyright 2011-2016 Rallyraid.net - RISE Network. All Right Reserved.
Back to top