Qatar’s Nasser Saleh Al-Attiyah and German co-driver Timo Gottschalk trounced the opposition on the second 180.35km selection section of the 2011 Saudi Arabian Ha’il Desert Challenge across the An Nafud desert in the north-central region of the Kingdom of Saudi Arabia on Wednesday.

Al-Attiyah began day two’s new Um Sanman stage near the historic city of Jubbah with a 38.4 second advantage over Saudi Arabia’s Saleh Al-Saleh, but was never likely to be troubled by the amateur competition on an event he won for the first time in 2008 with X-raid. The Qatari, driving the Volkswagen Race Touareg in which he won last month’s Dakar Rally, cruised through the demanding desert stage and finished the section 17m 06.5s in front of the local Saudi duo of Mtair and Moteb Al-Shammery in a Toyota Land Cruiser.

“It was a nice stage and an enjoyable drive,” said Al-Attiyah, who is bidding to win his third event of the season and now has an overall advantage of 20m 04.3s. “I know I am the favourite to win, but I still have to drive the stages, avoid mistakes and reach the finish.” 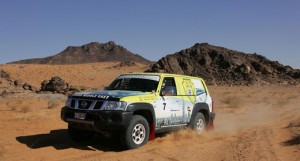 The experienced UAE driver Yayha Al-Helai – a former runner-up in the UAE Desert Challenge – set the fourth fastest time in his Nissan Patrol with Emirati co-driver Abdulhaleem Bin Zayed and has a slender grip on third overall over Saudi Arabia’s Safah and Mishaal Al-Saeedi. 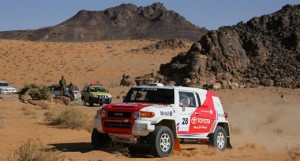 Saudi’s Saleh Al-Saleh and French co-driver Xavier Caminada slipped from second at the start of the day to 12th position in their Toyota Team Saudi Arabia-run FJ Cruiser.

Dubai-based Briton Ian Barker was unable to overcome Tuesday afternoon’s technical problems and was forced to stop before the stage start. Rajih Al-Shammery also stopped with mechanical problems before the first passage control. Farhan Al-Ghaleb had been fifth after Tuesday’s super special stage, but stopped before PC2. Mfadi Al-Shammeri hit trouble in the closing kilometres after rolling the second TTSA-run FJ Cruiser.

The event is being organised by the SAMF under the patronage of HRH Prince Saud Bin Abdul Mohsen Bin Abdul Aziz, prince of the Ha’il region and chairman of the high commission for the development of Hail and chairman of the organising committee and the new Presidency of His Royal Highness Prince Sultan Bin Bandar Al-Faisal.

The 214km third Dlehan selection section runs through the An Nafud desert to the north and west of Ha’il on Thursday, February 10th and starts at 07.30hrs local time. 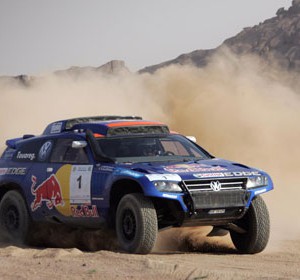