Marcin Lukaszewski and Magdalena Duhanik scored their third victory in Duna Aszfalt Cup, first round of the Central European Zone Championship and the Hungarian Championship, in Bugac, Hungary. Lukaszewski was followed by two Hungarian drivers, Pal Lonyai and Karoly Fazekas. In the bikes Hungarian Richard Hodola was the fastest while in quads Ukraine’s Iaroslav Tovstyk took the win on the last weekend of March. 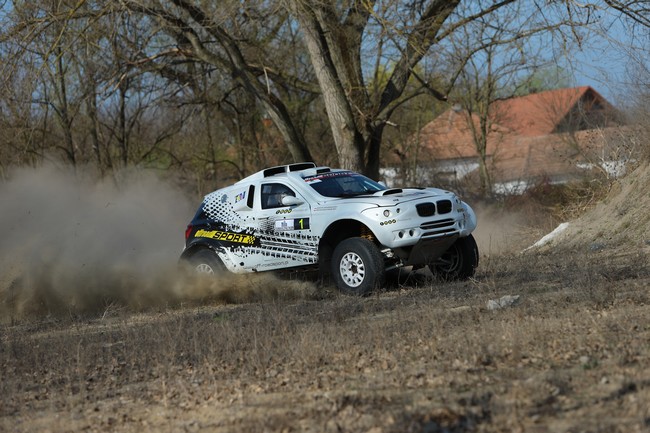 In cars, Marcin Lukaszewski and Magdalena Duhanik (BMW) was practically unstoppable in 3rd Duna Aszfalt Cup: despite an “encounter” with a civilian vehicle and some navigational problems due to broken tapes they were the fastest right in the first 107 km special and they didn’t let the lead out of their hands until the end of the race. Behind them Pal Lonyai and Albert Horn (Porsche Macan) held the silver position from the first loop, in front of triple Hungarian champion Károly Fazekas (BMW), returning to the category after spending the past season in trucks, with his new co-driver Peter Csakany.

One of the most interesting vehicles in the field was the Yamaha Garilla making its debut with Zoltan Garamvolgyi at the helm. For him, lack of a co-driver resulted in some “gardening” actions, so both on the track and in the result list there were some swaps of position with the two T2 crews from Poland, Lukasz Lechowicz and Lukasz Solecki in a Nissan and Tomas Piec and Gabriel Prochacki in their brand new Toyota. In the end, Garamvölgyi finished fourth, in front of Lechowicz and Piec.

In category TH, the relation of forces became clear right in the first round: Imre Varga and Jozsef Toma were the fastest with their Nissan, followed by Akos Jobbagy and Peter Krajnyak (Toyota) and Dorottya Kapitany and Nikolett Szoke (Mitsubishi), and this order remained the same until the end of the rally. In Challenge, Zoltan Kaposi and Bence Kaposi finished an adventurous first round successfully but ran into technical problem in the second, and that meant the end of Duna Aszfalt Cup for them. 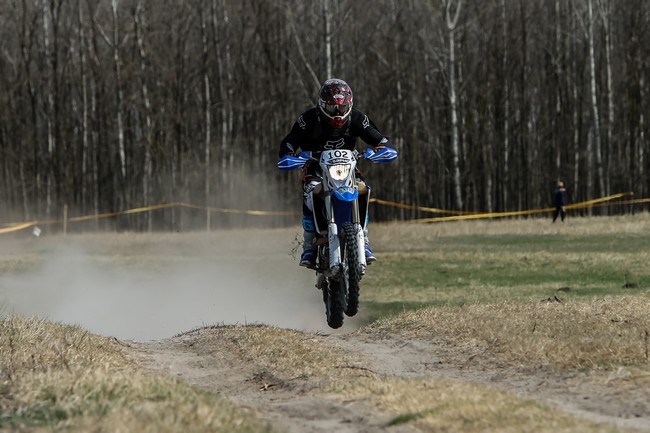 The bikers race brought the most interesting battles: each special was won by a different rider. In the first loop, Viktor Majer was the fastest, competing in only his second cross-country rally. His more experienced rivals, Richard Hodola and Lajos “Laller” Horvath made some navigational errors, costing them precious time. Unfortunately, Majer’s advantage vanished in the next special when he ran out of fuel some kilometres before the finish line and the Husqvarna rider spent so much extra time in the stage that he couldn’t start in the last loop so he was only classified as fourth. Not long after the start of the second special, Richard Hodola had a really bad fall, it was feared that he had to quit the rally, but finally he was able to go on and even won the last special – and with that also the rally, in front of Laller and rookie Peter Karpati.

Among quads Ukraine’s Iaroslav Tovstyk was the fastest of this year’s Duna Aszfalt Cup, in the FIM-E classification he won all three specials. His biggest rival could have been Tomas Kubiena, but the Czech rider had two quit the rally with technical problems after clocking the second time in the opening loop. In the end, Poland’s Przemyslaw Pawlowski finished in second and Czech lady rider Olga Rouckova in third position. The winner of Quad Open category was Viktor Chytka from Czech Republic, the UTV category Nikolay Gochev from Bulgaria. 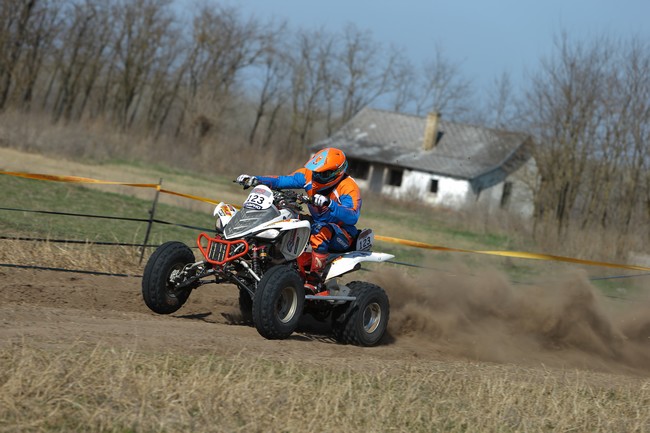 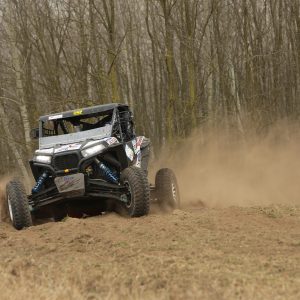 Duna Aszfalt Cup returns with a new format: the opening round of the Hungarian Cross-Country Rally Championship, the CEZ Championship...
Copyright 2011-2016 Rallyraid.net - RISE Network. All Right Reserved.
Back to top