After yesterday’s gearbox problem, the crew of Buggyra Ultimate Dakar, Tomas Ourednicek and Pavel Vaculik hoped for a good day of racing with South Racing’s Ford Ranger Dakar in the last stage of Morocco Rally, but unfortunately Pavel wasn’t able to take the start due to health problems. 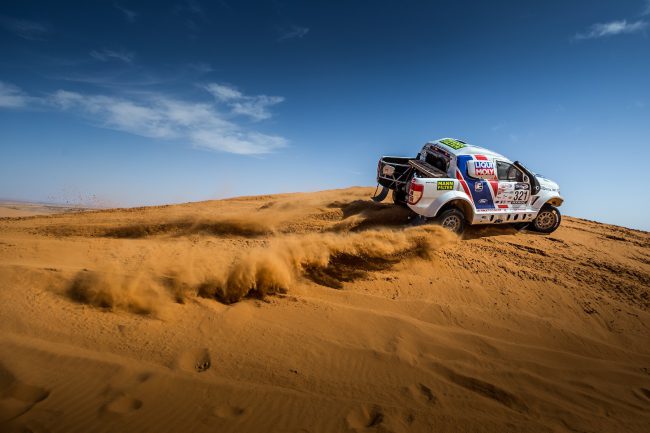 „The mechanics worked all night to change the gearbox and to prepare the car for the last stage. By the morning the Ranger was practically like new. Everything was arranged, but in the morning Pavel told me that he felt very sick and was unable to race, so we had to withdraw from the competition. It’s very disappointing, but we can’t do anything about this. The good news is that the I managed to have some test with the car today, and the setup improved a lot, we can be much faster” Tomas Ourednicek said. 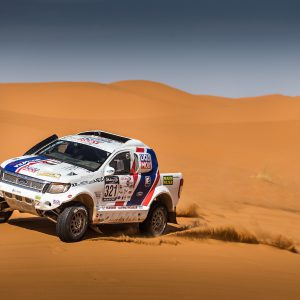 Not the luckiest day for the crew of Buggyra Ultimate Dakar: Tomas Ourednicek and Pavel Vaculik had a great start into the fourth...
Copyright 2011-2016 Rallyraid.net - RISE Network. All Right Reserved.
Back to top