One year after getting the opportunity to drive the Ford Ranger Dakar for the first time, Tomas Ourednicek returns to Baja Aragon with mixed feelings. Beside being excited to be part of team South Racing, Tomas has to miss his co-driver David Kripal due to an injury, and relies on the skills of experienced navigator Mila Janacek for the Spanish round of FIA World Cup for Cross-Country Rallies. 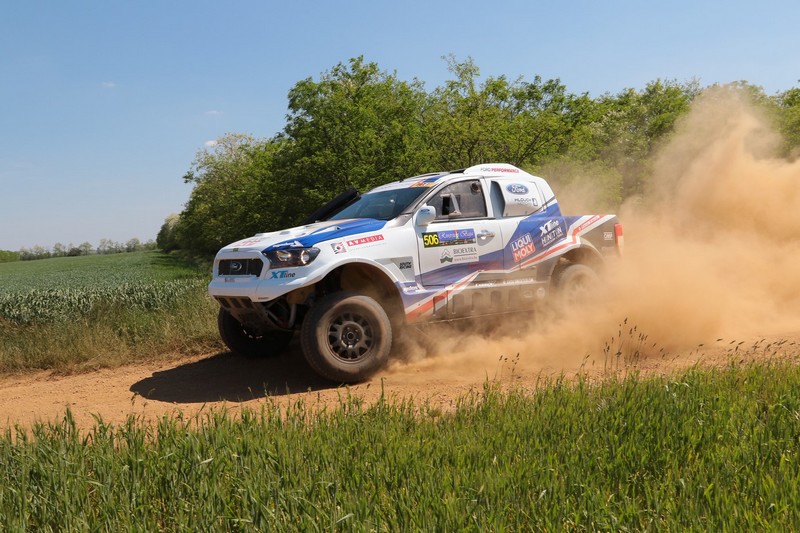 Baja Aragon has always been the highlight of the World Cup season, with more than 230 vehicles competing this year. With 77 cars in the FIA classification, the field is great not only in terms of numbers, but also in terms of quality: not less than 13 priority drivers are to line up at the start, including Dakar winners Nasser Al-Attiyah and Nani Roma, and WRC stars Mikko Hirvonen and Xevi Pons, that promises a fierce battle during the Teruel weekend.

“When it turned out that, despite all efforts that he and his doctors made, David wouldn’t be able to compete in Baja Aragon, I found myself in a very difficult situation. On the one hand, Baja Aragon is an excellent race that no one wants to miss, on the other hand, to start there with a new co-driver is a big risk. I feel very lucky to have Mila Janacek on my side for the event, his experience will help a lot, but we both know that we can’t have too high expectations.

The field is fantastic again, it’s always inspiring to compete among so many stars, but now that I am celebrating my first anniversary with the Ranger as part of such a professional team, with teammates like Xevi Pons or Ricardo Porem it will be even more special. Under the current circumstances the main goal is to improve my driving skills and test some novelties on the car, but of course, we will do our best to achieve a good result” Tomas Ourednicek said before the start.

The event starts on Friday with a 9.6 km Supersspecial, followed by three long specials of 216.8 km, 139.2 km, and 178.7 km each. The 34th edition of Baja Aragon ends with a prizegiving ceremony on Sunday afternoon. 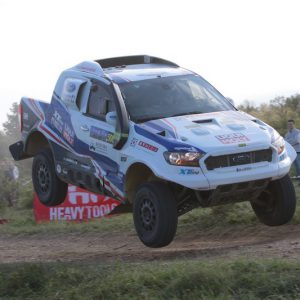 The crew of South Racing CE, Tomas Ourednicek and David Kripal finished Riverside Baja, fourth round of the Central European...
Copyright 2011-2016 Rallyraid.net - RISE Network. All Right Reserved.
Back to top