While Beni brought great results in both rally cross and autcross, cross-country rally section of HQ Racing has been quite silent for the past few weeks. Deliberately: since the not too successful Babolna event in May, there have been serious works in the Budapest workshop, so Zoltan Hangodi and Gabor Juhasz can start with renewed Mosquitos in HunGarian Baja this weekend. 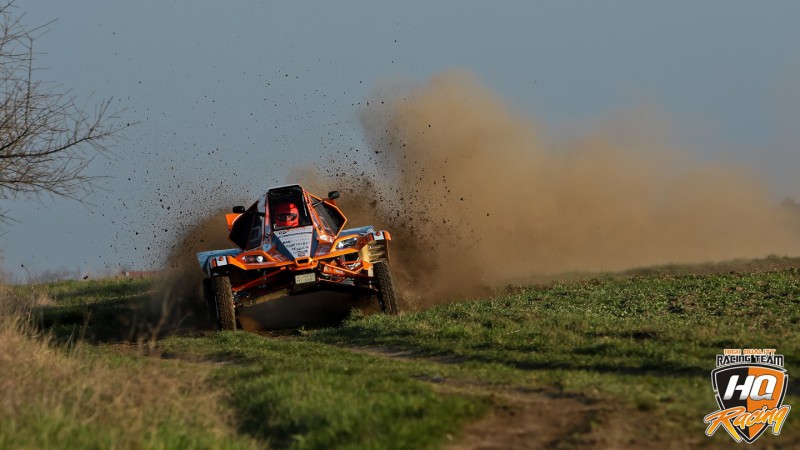 “Last time, the Babolna rally didn’t run as we expected, and after summarising our experiences, we decided to make serious improvements on the cars, and don’t send the Mosquitos in race until those are finished. The deadline was strict: for us the Hungarian round of the World Cup is the most important event of the season, and moreover, in two weeks it’s followed by the Polish round, in which we also plan to start” Gabor recalls the past months.

“Suspension, clutch and differential all have been modified. Last week we had a test, and although the small problems common in such a situation occured, overall I am happy with the car, especially with the new dampers. As for result, we are careful with expectations. Basically we want to concentrate on our own race, reach the finish line and gain the most experience possible about the new components. Beside that, category T3 is also very important for us, because there will be three Polarises in the field, including Aron Domzala, leader of the World Cup classification in our category” Hango says.

“I have to admit, the past weeks were not easy in terms of logistics either, several parts arrived in the last moment, so some of our developments debut only in Hango’s car now. Apart from this, we expect an exciting and good race in Veszprem and we hope that many fans will come to cheer us on the track” – Gabor adds.

HunGarian Baja, sixth round of the FIA World Cup for Cross-Country Rallies and fourth round of Hungarian Championship begins on Friday afternoon with a ceremonial start in the downtown of Veszprem, followed by an 11 km Superspecial. On Saturday, crews have to complete a 148 km track two times, closing the event with a final run on the same track but in the opposite direction on Sunday.

Ready for the next World Cup round 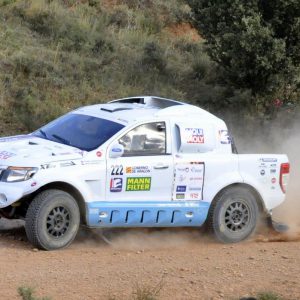 The 9 km Superspecial of Baja Aragon brought a very positive first impression of the Ford Ranger Dakar for the crew of Buggyra...
Copyright 2011-2016 Rallyraid.net - RISE Network. All Right Reserved.
Back to top