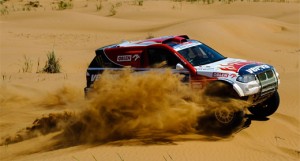 The fifth stage of the Silk Way Rally was the longest of the rally with its 621 kilometres against the clock. An 55km long transfer took the crews from Astrakhan at the river Volga to the start of the special, located a few metres from the road to Elista. On the first forty kilometres the terrain was the same that the crews experienced in the past two days, a plain full of sandy tracks and some smaller dunes, later they arrived to a part with a lot of grass and finally the grass continued in wooded area with dirt roads. 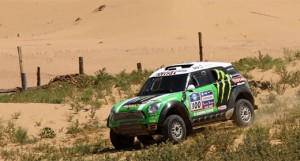 Among the cars, the stage began well for Polish Krzysztof Holowczyc who made advantage of starting behind his team mate Stephane Peterhansel and was the fastest at CP1 with 14 seconds in front of the French and 42” in front of the Nissan Frontier of Zheludov. Later the Russian took the lead at CP3 until he lost more than twelve seconds due to a navigational mistake. Finally it was the Pole who grabbed the victory on stage 5 in front of Peterhansel and so increased his advantage overall. Mironenko completed the triple success of X-Raid, the Russian made up some time after his unlucky day yesterday. 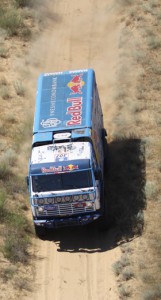 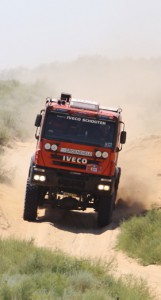 In the trucks’ race, yesterday’s fight between Loprais and Kabirov repeated itself  but with a different result. This time it was the Russian who managed to win the stage 04’17” in front of the Czech Tatra. Between the two big rivals, the MAN of German Franz Echter snatched second place. Jo Adua, Ferran Marco and Quim Bussons finished eleventh.

Tomorrow’s stage is going to have two specials, one of 420 kilometres and another of 170 kilometres. The finish will be in the city of
Maykop, most remembered from last year’s edition about the visit of Vladimir Putin in the service park. 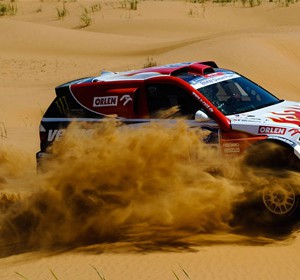