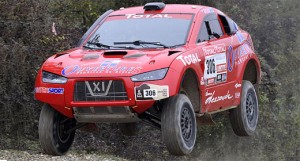 André Dessoude made his Dakar debut on January 1, 1982. He has participated in each and every edition of the rally since and, more importantly, has set up, developed and maintained the team which is most attached to the race. He is full of ambition for this year’s race, for which he has registered five vehicles.

With or without help from the constructors, the “Wizard from Saint Lô” continues to progress and have fun building vehicles for the Dakar. He wants to move on to a whole new level this year round, after helping Christian Lavieille to the 8th place on the general classification in 2011. Dessoude has had a radical change of perspective which has led him to prepare a new cutting-edge prototype for Lavieille, based on a Mitsubishi Lancer and powered by a Nissan engine. Their goal is to crack the top 5. Frédéric Chavigny will be at the wheel of another prototype, aptly named ‘Atacama’. He has already taken part in the last three editions in the Production category (50th, 30th and 23rd): “my goal is to reach the top 20, but that does not mean I am aiming for the 20th place”, cautiously explains the driver-farmer now living in Ukraine.

Being a curious man, André Dessoude has recently started working with buggies as well. The one driven by Isabelle Patissier in what will be her 10th Dakar may help her improve on the 16th place on GC she got last year riding the same vehicle. To prove his passion for two-wheel drive vehicles, Dessoude has signed one of the best in this category, Thierry Magnaldi, who is making his comeback to the Dakar after three years: “I expect to finish each stage in the top 15, which could earn us a place in the top 10 at the end of the rally”, says the driver from the Var. The ambitious team will be rounded off by a Chinese crew with more modest ambitions, with Zhou Jihong making his debut in the Dakar. 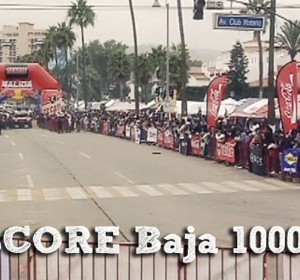 Exclusive coverage of the 2011 SCORE Baja 1000! This years START was total CHAOS. Just after the first dozen Trophy Trucks...
Copyright 2011-2016 Rallyraid.net - RISE Network. All Right Reserved.
Back to top