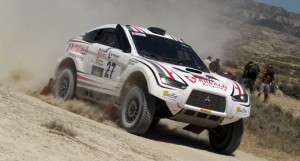 The Dutch team Riwald Dakar might be a newcomer to the event but everyone knows that they will have to keep a watchful eye on the three cars enrolled. Lofty ambitions are held by the team, which presented its group on Monday in Hengelo (in the Netherlands) to a crowd of more than 800 guests.

Several weeks ago, the name of Bernhard Ten Brinke suddenly started to cause a buzz in the rally-raid world. Until then, his name was only really known to aficionados of traditional rally circuits, but the Dutchman made a big impact by winning the rally of Morocco. His appearance on the roll of honour has got people talking about him. Regardless, Ten Brinke boasts the required talent to knock on the door of the Top 10, with a Dakar 2010 generation Mitsubishi Lancer, re-fitted with a petrol engine, as well as an experienced co-pilot, Matthieu Baumel, who has already had a taste of the elite level with both Guerlain Chicherit and Carlos Sousa. In addition to these qualities, Ten Brinke affiche also boasts a good dose of caution which will surely be useful over the two weeks of the race: “I’m aware I don’t know it all and I know it is not going to be easy”. 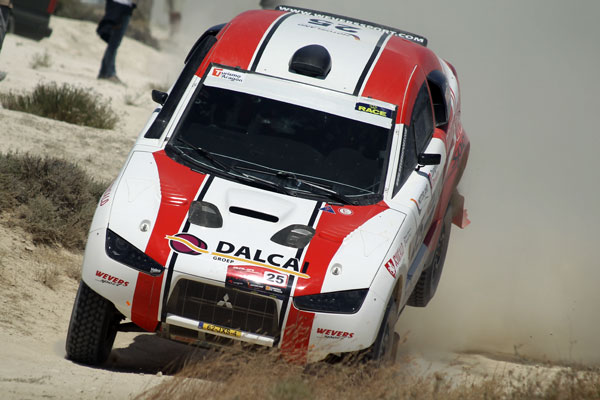 To help make his debut on the Dakar a success, Ten Brinke can also count on a team launching itself into the rally raid adventure with no small measure of ambition and conscientiousness. Erik Wevers, the founder of the project, will also be driving a Mitsubishi Lancer, just like Gert Huzink, who will be behind the wheel of the team’s third 4×4. To take care of managing the team on the rally, Wevers has called upon leading specialists, such as David Serieys, who learned the ropes as part of the Japanese constructor’s team during the era when it dominated the Dakar. Beyond a feasible place in the Top 10, which one of the Riwald Dakar crews could indeed manage, the team boss is looking further ahead with a three year plan that should allow them to become pretenders to the crown, as underlined by his co-pilot, Fabian Lurquin: “The real objective is 2013”. 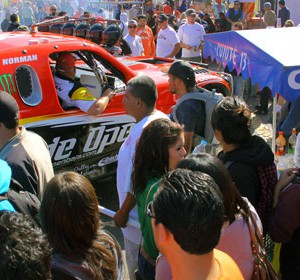 I am in the friendly town of Ensenada ready for my first taste of the legendary motorsport event known as the Baja 1000......
Copyright 2011-2016 Rallyraid.net - RISE Network. All Right Reserved.
Back to top