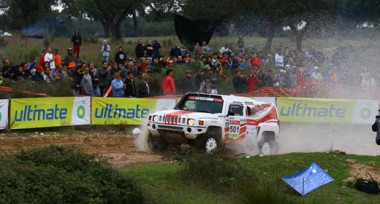 The 27th edition of the Baja Portalegre 500, last event of the national and international off-road calendars, will start this Thursday, October 31st, and it will be decisive when it comes to some of the two and four wheels titles. While the Off-Road (autos), Quads and UTV/Buggy National Championships and the FIM Bajas World Cup winners are already known, the same cannot be said about the remaining competitions which are part of the Automóvel Club de Portugal event.

As to the FIA World Cup for Cross Country Rallies, Krzysztof Holowczyc (Mini All4 Racing) is in a very good position to take the crown. Without the opposition of the first two drivers in the classification, Jean-Louis Schlesser and Nani Roma, the Polish only needs to get ten points to win the World Championship. But that is not all! On the T2 everything is also up for grabs, in this case with the fight opposing Alexander Baranenko and Rómulo Branco. The Russian has a 14 points lead on the Portuguese-Angolan after the latter ended up the last round, Baja Poland, with zero points. Rómulo presented a protest, which was accepted, so he will have to be at his very best to surpass the disadvantage and get the title.

Regarding the Bikes National Championship (overall), the panorama is even more exciting, with António Maio and Mário Patrão taking the fight for the crown to the finish line. With a mere three points between them, anything can happen in this decisive round. Maio doesn’t even need to finish ahead of his rival, but that might not be enough for Patrão, since the Suzuki rider has to pick up four more points than the present championship leader.

As to the competitions that are already decided, Miguel Barbosa won his sixth National crown on the last round, in Idanha a Nova. The same can said about Nuno Fortunato Tavares and Roberto Borrego, since the former won the fight for the UTV/Buggy title, and the latter was crowned Quads National Champion. As for FIM Bajas World Cup, Alessandro Ruoso, in the 450 class, and Alex Zanoti, more than 450cc, won the titles on the Moroccan round of the calendar.

As far as the competition layout goes, and as in previous years, the event will have a single 400 km SS for Bikes, Quads and UTV/Buggy, and two SS for Autos, the first with 170 km and the second with 230 km to be held on Saturday, with the SSS taking place on Friday.

All in all, plenty of ingredients which will make this year’s Baja Portalegre 500 a great Off-Road event that shouldn’t be missed by spectators. 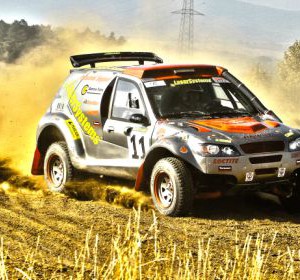 Last round of the Hungarian Cross-country Rally Championship, 3rd Adrenalin Sprint cup will be organised on 16 November 2013...
Copyright 2011-2016 Rallyraid.net - RISE Network. All Right Reserved.
Back to top