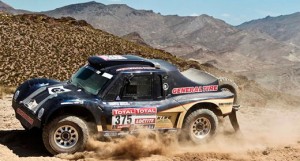 Rally Diabolico is an extraordinary event that will test the limits of every competitor who dares to embark on the four day event. Held April 2-5, 2014 in some of the most remote desert dunes of Sonora, Mexico, it will traverse terrain only equaled by epic rally stages found in South America and on the African continent. There will be no arrows, no burned in track and no secret lines developed during hours of prerunning. Those who brave the challenge will have only a road book, compass and their wits to guide them. If you’ve ever dreamed of running the Dakar or have plans to, this event is for you.

Rally Diabolico is the brainchild of Dakar veterans Darren Skilton and Scott Whitney who wanted others to share the incredible adventure and daunting challenge of navigating rally style through enormous dunes and remote, never raced upon roads. “There will be a central bivouac or pit area for support so multiple chase vehicles will not be needed,” said Darren Skilton, “The location is isolated yet only a half hour or so south of the US/Mexico border. Competitors will get the ultimate challenge without the risk or huge expense of competing on a different continent.”

The rally is open to bikes and cars that will be making their way over untracked, open terrain to reach a series of waypoints. Each competitor will have a GPS but it will show no roads, no course to follow, just mileage and compass headings to guide you.

What makes the rally “Diabolico” you may ask. The road books are accurate and correct but they do not guide you step by step; you must figure it out in order to be successful. Every mile you travel you will be making critical decisions. You may start behind others who have left tracks in the sand but do you follow them or make your own way? Are they on the right heading and taking the fastest line? You can’t make that assumption. The winner will have earned it by making the least navigational mistakes and taking the best line through the terrain.

Information is available at http://www.rallydiabolico.com/ to help you understand more about reading the road book and the basic navigation techniques.

“Competitors will get a taste of what it’s like in North Africa miles from any roads or civilization,” says Scott Whitney, “They won’t see anyone other than other competitors. It will be scary, it will be intense, it will be the most challenging thing many will ever do but it will also be their most rewarding accomplishment.” 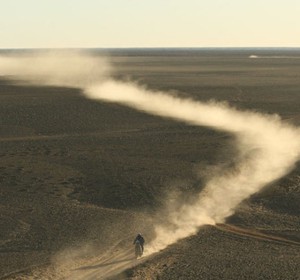 A little more than 15 days to the closing of the registrations, the SONANGOL AFRICA ECO RACE team is now in the final preparation...
Copyright 2011-2016 Rallyraid.net - RISE Network. All Right Reserved.
Back to top