The first stage of the OiLibya Rallye in Morocco brings a lot of stones. Two punctures cause lost time for Erik van Loon and Wouter Rosegaar. Despite the fact that they leave the car three times, they set the seventh time. Van Loon and Rosegaar are satisfied with the first day in Morocco. 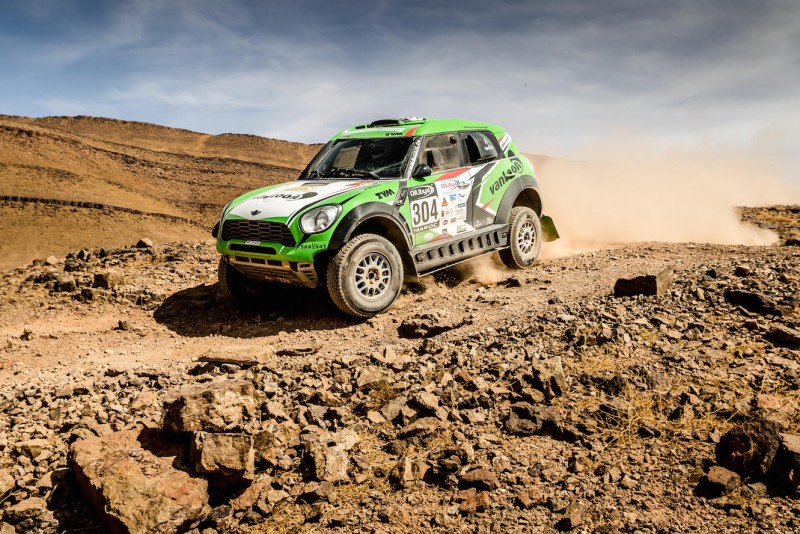 “The stage wasn’t very exciting,” says Van Loon. “There were a lot of stones on the paths, we had two punctures there. One of them was a slow puncture, that tyre kept losing its pressure during the stage. Wouter went out of the car to get it to the right pressure, but after that the puncture became worse, so we had to change it. The car is fine, but we need to fine tune the steering behaviour.”

The navigation was safe for most of the stage thought Rosegaar. “The roadbook wasn’t really tempting but there was a mistake in it. A dangerous hole came 60 meters before it was stated in the roadbook, the rest was fine. I am curious about tomorrow. Mostly dunes, so completely different from today! There is much focus on the navigation tomorrow, so a nice job for me. The stage will be around 224 kilometres­­ tomorrow.” 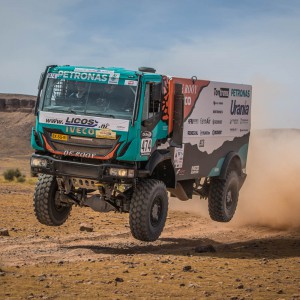 Three punctures caused by stones and rocks in the Moroccan desert prevented Gerard de Rooy from winning the first stage of the OiLibya...
Copyright 2011-2016 Rallyraid.net - RISE Network. All Right Reserved.
Back to top