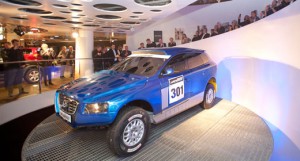 What was the main factor behind the decision to go forward on a project for cross country rallys?
After competing two times in the Dakar with a car that we felt wasn’t good enough, we thought – how difficult can it actually be to build a real car? So the main factor was that we wanted a car that could live up to our expectations and a car that could compete with the top rally teams across the world. Another factor was the opportunity with this project to promote the sport here in Sweden and Scandinavia.

Was hard to get all the support needed to put this project running?
Yes, of course it was difficult to find the right persons and crew for this project. When you begin with a project like this it’s important to find people with a lot of knowledge and people who really feel for the project!

In the presentation of the new Pewano XC60 RR, the team showed a lof of trust in the new car, even aiming for a win in the next Dakar. Can we really expect big fights with the X-Raid armada and eventually with VW?
We are building a car with great potential and we have come a long way today, but reaching the podium is a long-term goal. It takes time to get the car fully developed and a lot of tests and “shake-downs” must be made before we can take on the battle against the top teams. But absolutely that’s our ambition and we know that we are building a car that can compete with the best.

The XC60 RR is a demanding car? Does he requires a lot of work of the driver?
We have invested a lot when it comes to the comfort in the car, for both the driver and co-driver. This to make it easier to keep a high speed for a long distance. 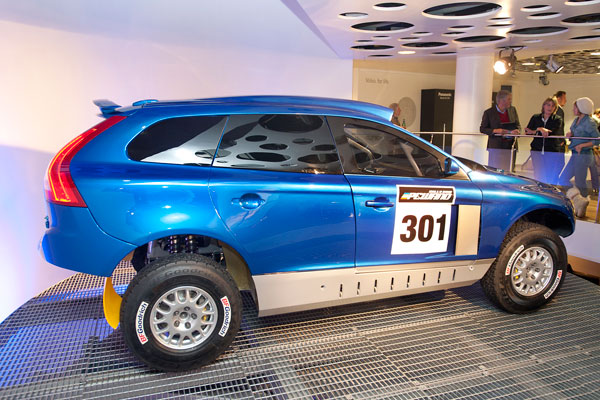 What are the plans for the immediate future?
For this year the plan is to compete in as many World Cup competitions as possible, starting with Abu Dhabi Dessert Challenge in April. 2011 will be a testing year for us – to get the car in the best shape.

Can we expect to see the new car in the FIA Cross Country Rally Cup?  Or just some important events?
Yes, we plan to participate in the Dakar and also in the World Cup for Cross Country Rally. For 2011 we will only compete with one car, but a second car is on its way.

Being a new project for sure there are a lot of things to be decided, but do the team have any plans to have costumer teams following X-Raid example with Yser Racing Team in Portugal?
Yes, it’s definitely something we plan for in the future. A possibility to “rent” racing car, service and also logistics. 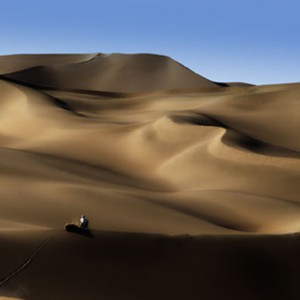 Following deliberations, the jury for the Emilie Poucan Prize – which rewards the best photo on the Dakar – initially...
Copyright 2011-2016 Rallyraid.net - RISE Network. All Right Reserved.
Back to top