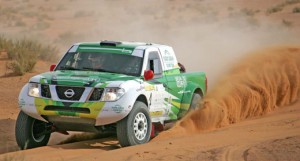 The Saudi rally champion Yazeed Al-Rajhi , Champion of Hail Rally 2009 and 2010 announces he will not participate in the Hail Rally 2011. This is in alignment with the directives of His Royal Highness Prince Saud bin Abdul Mohsen bin Abdul Aziz, Prince of Hail Region & Chairman of the High commission for the development of Hail & Chairman of the Organizing Committee of the Hail international Rally, to cancel the opening ceremony of the Hail International Rally 2011, which was scheduled for next Wednesday evening, after the tragic events that hit the province of Jeddah and in sympathy to what the citizens and residents of Jeddah suffered as a result of the damages caused by torrential rain and floods.

In this regard, the Champion Yazeed Al-Rajhi asserted that he will donate the value of first-position prize in Hail Rally, which he used to donate to charity for those who affected by the floods in Jeddah despite not participating in this rally. He will also lease 500 cars from rental cars companies to provide those affected by the floods so that they can cover their daily needs, as their cars got damaged in the floods.

Yazeed Al-Rajhi stressed that his decision not to participate came in alignment with the directives of HRH Price of Hail region to be in solidarity with the people of Jeddah province, and in empathy with their grief over the damages they suffered that caste a dark shadow over everyone and to stand with them as one whole national family. Al Rajhi said ” All of us feel filled with grief and sorrow over what happened to our people in Jeddah. It caused us great anguish to see these heart aching scenes. All the Saudi people, athletes and non athletes, stand fully with the people of Jeddah provicne in solidarity and empathy for what they suffered. We ask God, the Gracious, to protect them and keep them in his Omnipotent care and to keep all harm away from our nation, all the Muslims and humanity”.

It is to be noted that the Rally champion, Yazeed Al Rajhi, has finished all preparation to participate in the Hail Rally and he was the first to announce participating the Rally with his car “Nissan Navara” which arrived at King Khaled International airport in Riyadh yesterday. He also made a deal with the ‘Overdrive Racing’ team to supervise him in this race which has become a brand registered to him after winning the title in 2009 and 2010, thus becoming the contestant to win it most often . This is even though he participated only for two years in which he managed to engrave his name in gold in the records of the most important rally in the region. As well as being the one of the staunch supporters of the Hail Rally after sponsoring the ‘People Rally’ that he launched on the official website of the event and provided prizes for the winners in the competition.This greatly contributed in widening the scope of popularity of the Rally and helped in enriching the cultural stock for the people interested in the Hail Rally.‬ 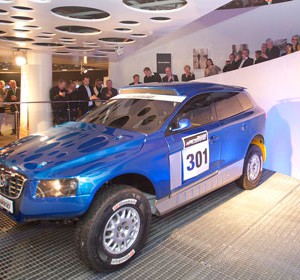 What was the main factor behind the decision to go forward on a project for cross country rallys? After competing two times...
Copyright 2011-2016 Rallyraid.net - RISE Network. All Right Reserved.
Back to top