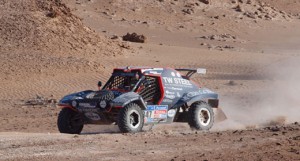 Tim Coronel likes a challenge and that he has proven in recent years in the world’s toughest rally, The Dakar Rally. Twice he went in a buggy to battle with the elements and both times he was successfully. Coronel was the first solo, on four wheels to finish both times. For the 2012 edition of Coronel has a new challenge. Tim wants to be the first with a fully electric powered buggy to cross the finish line in the Dakar.

After Tim Coronel had returned from South America, he immediately began thinking about the next edition of the world’s toughest rally. Tim  wanted to further develop McRae 4×2 Buggy making it much lighter. For this he knocked at Aalberts Industries, specializing ultra light strong materials. During a conversation with a friend in a bar, Coronel was asked “why not make the fully electric buggy?” To which Tim replied, surprised: “But I can not do much mileage on a battery?” Nevertheless, it was already possible, Coronel got in touch with Novolectriq and All Green Vehicles. Both companies have a lot of in-house knowledge and AGV has extensive experience in building electric drives for vehicles.

Coronel contacted the Dutch astronaut Wubbo Ockels, a professor at the Delft University of Technology to hel with the development. Ockels was immediately enthusiastic and there were some students who emidiatelly got started on the project.

Under the name Green Dakar, the project will be developed further and the ASO Dakar organization will bewatching with interest.

Coronel said that he will continue to collaborate with ProDakar and in 2012 we will battle toguether. “Working with Pro Dakar has always been a positive experience and we have proved we are a winning team. With critical eyes will look at the new project, but I love a challenge. It is a kind of pioneering work we do and the people around it are super excited. “ 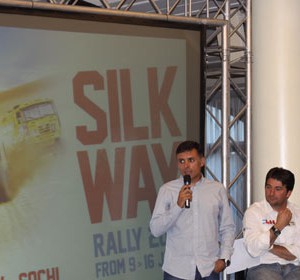